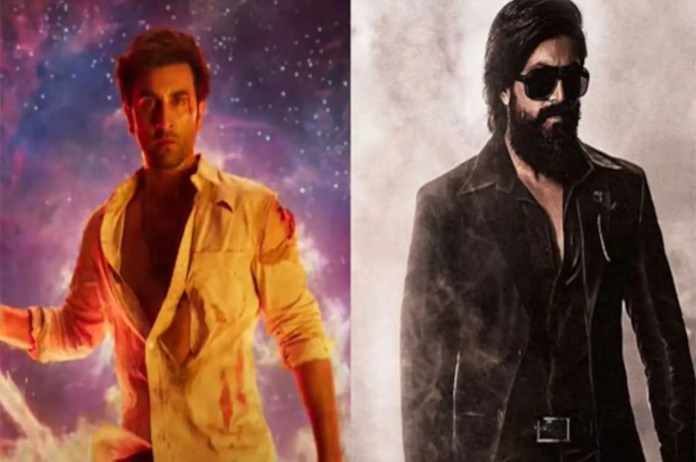 New Delhi: Brahmastra has been making a lot of buzz for a long time and has finally been released in the theaters. Having sailed through a lot of ups and down on its box office journey, the film is dwelling on the high expectations of the audience upon its strength to reach somewhere near those figures of box office winner KGF 2. However, the numbers reflect that it’s hard for the film to touch upon half the collections of KGF 2.

If we look at the net total collection of this mega-blockbuster in the Hindi market KGF 2 is leading the way with a collection of 427.49 Cr. Net in the Hindi market, whereas if we look at the Brahmastra’s collections, the film has collected 180 Cr. Net in the Hindi market and adding 21.12 Cr. collection in other languages makes it 201.12 Cr. Moreover, it is clearly visible that the film has not somewhere near half of the collection of KGF 2. Moreover, where the film would have cached up a speedy run at the box office it is just crawling if compared to that of KGF 2. Brahmastra would face a hard time recovering its budget, and while it has not even covered half that of KGF 2 it can be expected that the maximum strength of Brahmastra would be close to around 340 Cr. upon its investment. This has subtly proved that Brahmastra is facing a dry run at the box office to make its place in the race for this blockbuster as of now while it will definitely be a tough journey to touch upon the figures of KGF 2.

Ayan Mukerji’s directorial Brahmastra has been the most talked about film in the past few years and was expected to bring a never seen before record at the box office however faced huge competition from the biggest blockbusters of this year, KGF 2. As Brahmastra is running in its second week it seems like the film will have to face hardship to justify itself at the box office upon the capital invested.