Alia Bhatt and Ranbir Kapoor recently reached Ahmedabad for the promotion of their film Brahmastra, accompanied by director Ayan Mukerji. 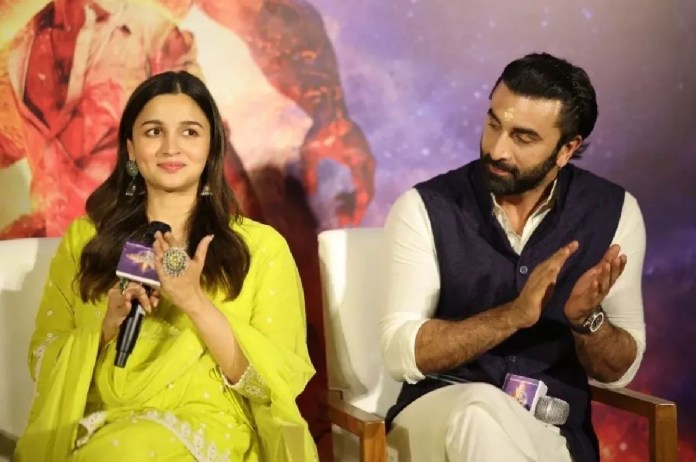 New Delhi: Bollywood stars Alia Bhatt and Ranbir Kapoor recently reached Ahmedabad for the promotion of their film Brahmastra. The two are accompanied by the film’s director Ayan Mukerji. During their visit, Ayan and Ranbir also went to Somnath temple where they took the blessings of Bhole Baba.

Also Read :- Sushmita Sen got something to announce in her post, check out what

The video of Alia, Ranbir and Ayan has been shared by Viral Bhayani on his Instagram account, in which Alia donned a green sharara while Ranbir opted for a kurta and jacket combination. On the other hand, Ayan looked handsome in a yellow kurta paired with a white pyjama. Soon the video gets viral on social media, fans started dropping their love on them.

During an interaction with the media on Thursday, Alia reacts to a question about negative comments about the film. She said, “We have only one life and two options in it. We can either focus on the positive things or think about negativity.”