Brahmastra: Ranbir Kapoor has ‘just one request’, asks fans to ‘please try not to…’ 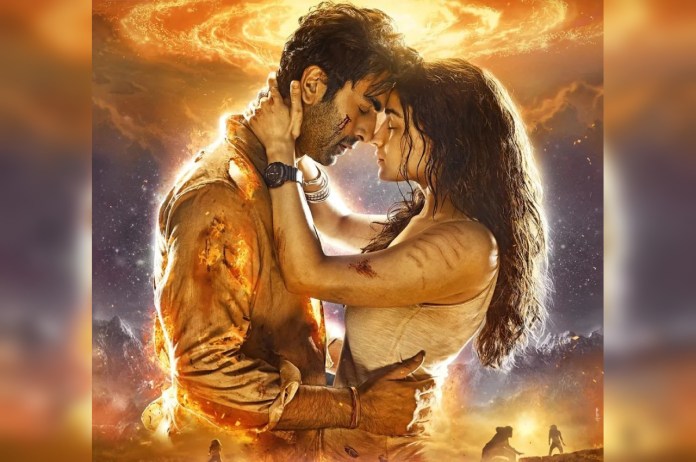 New Delhi: Ranbir Kapoor wants people to deprive from spreading spoilers of his upcoming film Brahmastra. During a special screening of his film, the actor was seen requesting fans to  not reveal plot points for others.

In a video that has appeared online, Ranbir is seen speaking to a small group of his fans while Brahmastra’s credits play on the big screen behind him. Ranbir advises fans against posting spoilers on social media amid cheers from the audience, who appear to be responding to his question about whether they liked the movie.

“So just one request. Jo bhi thode bohot spoilers hain is film ke (whatever spoilers are there in this film), please try not to put it on social media. Because you know the audience who has not seen it would like to experience it,” Ranbir was heard saying. He was joined by director Ayan Mukerji at the screening.

#RanbirKapoor request to all the fans not to post spoilers who watching #Brahmastra today pic.twitter.com/PIle9WtW2I

The dry spell for the Hindi film industry, which was experiencing a terrible year at the box office, has been broken by Brahmastra, which debuted to mixed reviews but received praise for its visual effects. The film has grossed Rs 160 cr at the global box office. The film has brought immense joy to the film industry amid the calls for boycott. Trade analyst Taran Adarsh shared the day 2 figures of the film which suggest it has collected Rs 80 cr in the country.

Brahmastra is a three part trilogy, with first part Brahmastra Part 1: Shiva being released in theatres. During the post credit scene, the makers also announced Part 2 of he film titled, Brahmastra Part 2: Dev. If rumours are to be believed, the film will see Deepika Padukone and Ranveer Singh play key roles in the second part.

Produced by Star Studios and Dharma Productions, the magnum opus is currently in theatres in 2D, 3D and IMAX 3D in Hindi, Tamil, Telugu, Malayalam, and Kannada.