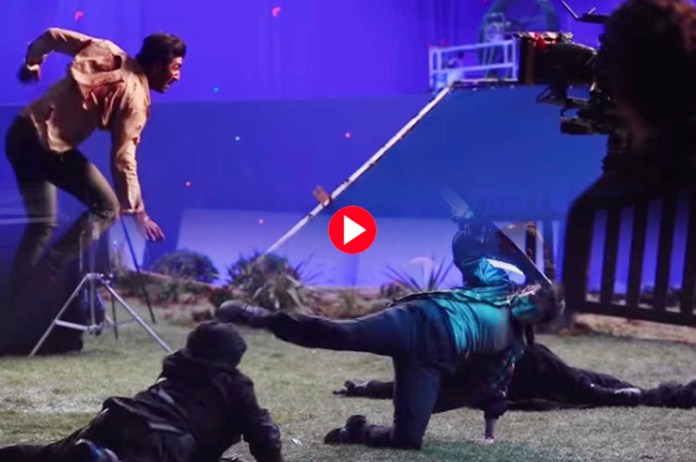 New Delhi: Brahmastra promotions are in their final stages with five days until its premiere. The movie’s producer, Karan Johar, shared a behind-the-scenes video from the set on Monday, showing off some of the action and stunt scenes from the high-profile, expensive production. The video clip features dangerous stunts performed by the lead actors Ranbir Kapoor and Alia Bhatt as well as fight scenes acted out by Amitabh Bachchan and Nagarjuna.

Karan shared the 29-second clip on social media on Sunday. “A journey of many years and now in just 5 days, it will all be yours,” he captioned the post. Director Ayan Mukerji shared the same post with the caption, “Where spirituality meets technology. Felt right to share some Behind-the-Scenes today, to celebrate so many years of growing through technology! (and hanging out with blue screens!)”

In some shots, we see anbir fighting with some stunt performers and running on a treadmill in front of a blue screen, the video begins with him and Alia Bhatt getting ready for some action sequences. The next shot shows Alia and him practising a stunt before they are seen sitting in a car that is suspended in the air and rotating. Amitabh Bachchan demonstrated his sword fighting prowess in the video, and Nagarjuna took part in some action scenes as well.