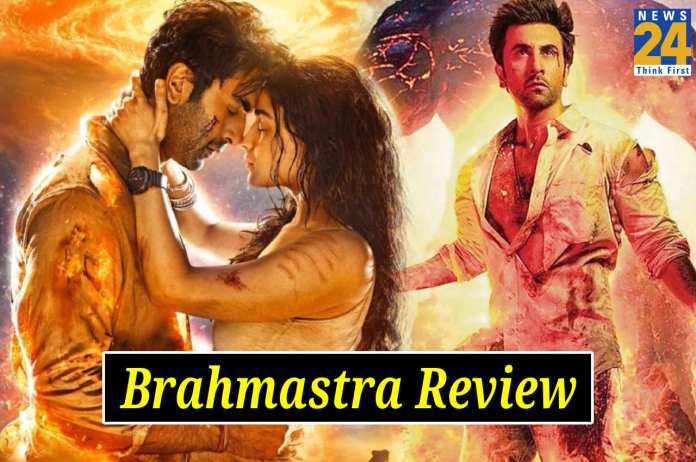 New Delhi: Brahmastra: Part One – Shiva, featuring Alia Bhatt and Ranbir Kapoor is scheduled to hit theatres tomorrow. Ahead of the film’s big release, fans are overjoyed to see Alia and Ranbir sharing screen space for the first time. Amid the calls for boycott, the fantasy adventure film has managed to record decent numbers in advance booking. Brahmastra has already sold tickets worth ₹23 crore in advance booking, as per a Hindustan Times report.

Brahmastra will have a theatrical release on September 9 in India. Just one day ahead of the film’s release, a review of the film is making rounds on the internet, generating netizens’ reaction.

The first review of Brahmastra was posted on Twitter by Umair Sandhu, who identifies as a film and fashion critic in the UK, the United Arab Emirates, and India. One of the costliest Bollywood films of all time, Brahmastra also stars Amitabh Bachchan, Nagarjuna and Mouni Roy in pivotal roles. Sandhu, in his review of the film, said that  the film has excellent visual effects, and a few sequences are executed flawlessly. Cinematography is eye catching, he added, but quipped that the lighting is too dark at places. While Sandhu hailed production design, he called story & screenplay strictly average, calling it boring during interval portions. Music is first rate, he said while giving it an average rating of 2.5/5.

Also Read :- Brahmastra: Critic reviews to pre-booking results, all you need to know

Brahmastra is a three-part trilogy. The first part of the film titled, Brahmāstra: Part One – Shiva, will hit theatres tomorrow. Brahmastra has been in making for over six years now, Ayan Mukerji revealed. The film was announced in 2014 and went on floors in 2016. The logo of the film was launched in Banaras in 2019 on the occasion of Maha Shivratri. Produced on an estimated budget of ₹410 crore, Brahmastra: Part One – Shiva is one of the most expensive Indian films.