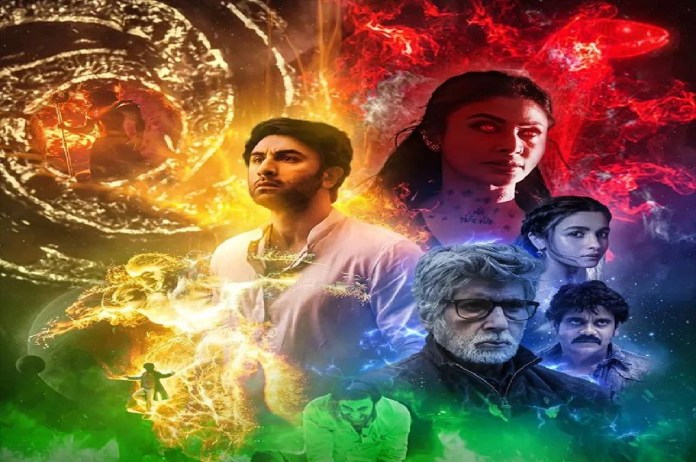 New Delhi: Brahmastra, directed by Ayan Mukerji, is a super hit at the box office! The film managed to break all records on its opening day. On Day 5, September 13, it stayed superhit as the film gathered in the scope of Rs 12.75 crore to Rs 13.75 crore, the total collection to Rs 150.50 crore, with Rs 132.50 crore from the Hindi markets and Rs 17.50 crore from the dubbed language versions, according to India Today reports.

Ranbir Kapoor and Alia Bhatt starrer became one of the highest non-holiday Day 1 grosser of a Bollywood film. The film has gained Rs 125 crore worldwide, which is an impressive number on opening day.

The fantasy drama has successfully passed the Monday test with Rs 16.25 crore on day four of release, with Rs 14.25 crore coming from the Hindi markets and an additional Rs 2 crore from the dubbed language versions, as per Pinkvilla reports.

This film has joined the club of Ranbir’s third film, which has earned Rs 150 crore. The other two films include Yeh Jawani Hai Deewani and Sanju.