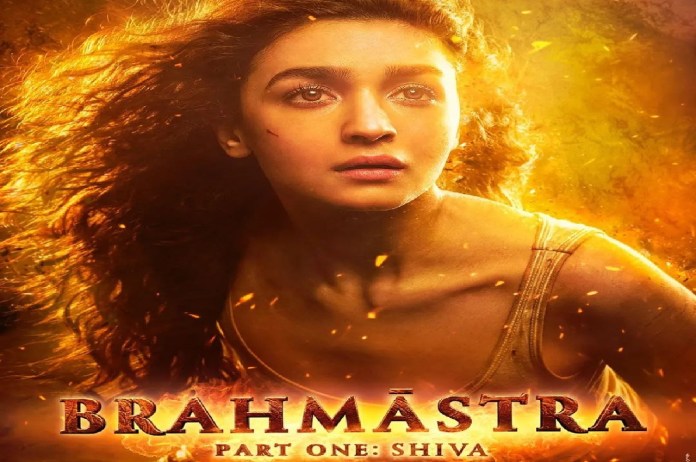 New Delhi: Alia Bhatt and Ranbir Kapoor’s film Brahmastra has shown a big barb in collections on its second Saturday. As per the Pinkvilla report, the film is showing a barb of around 60 per cent on its day 9.

The estimated Hindi collections are in the range of Rs 14 crore. With this, the total Hindi nett collection is Rs 170.90 crores. The film has also shown a good response in the South Indian dubbed version. It collected Rs 1 crore on the second Saturday, and the total collection of dubbed versions is Rs 20.15 crores.

After Day 9, Brahmastra Part 1: Shiva stands at Rs. 191.25 crores and it can grow by around 15 per cent tomorrow. With a healthy number, the film has ensured that it will hit Rs. 200 crores all India figure by day 10.