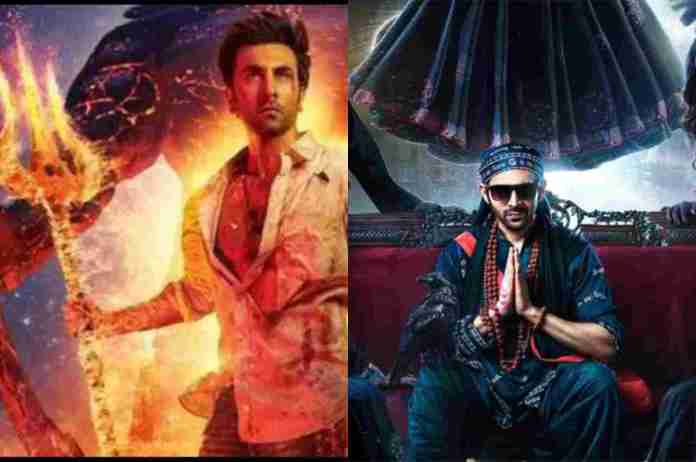 New Delhi: One of the most anticipated movies of all time, Brahmastra, is finally preparing for release in a few days. From conception to completion, the movie took almost ten years to make. The journey of the movie began when Ayan Mukerji, the writer-director, had the idea to make it in 2012 while filming his hugely successful movie Yeh Jawaani Hai Deewani.

Brahmastra advance booking have started, and tickets are flying off the shelves. It has already surpassed Bhool Bhulaiyaa 2 for the highest advance for a Hindi film this year, and in the final two days of advance booking, it is ready to compete with all-time greats. The film faces competition from movies like Tiger Zinda Hai, Sanju, Sultan, and Dangal, but it may fall short of Bharat, Thugs of Hindostan, War, and Prem Ratan Dhan Payo. This is mainly because the films mentioned above had a holiday on their first day of release while the movie in question does not.

The advance bookings for Brahmastra, starring Ranbir Kapoor and Alia Bhatt, have come as a pleasant surprise. The film now has the highest advance bookings for a Hindi original since the Covid-19 pandemic, surpassing 83 two days before its release. 1.31 lakh tickets for Brahmastra’s opening day have been sold through national chains as of September 7, 12 a.m., and 2.50 lakh or more tickets have been sold through the three national chains for the opening weekend.

Brahmastra Part 1: Shiva is scheduled for September 9 release; however, there will be Thursday night previews in a few locations both inside and outside of India. Ranbir Kapoor, Alia Bhatt, Amitabh Bachchan, Nagarjuna Akkineni, Mouni Roy, and Shah Rukh Khan make appearances in this ambitious film directed by Ayan Mukerji. The day before yesterday, the Brahmastra filmmakers gathered in the Mumbai suburbs to watch the complete film for the first time.

Also Read :- Sara Ali Khan’s before and after coffee mood is the most relatable thing on internet today. Seen it yet?