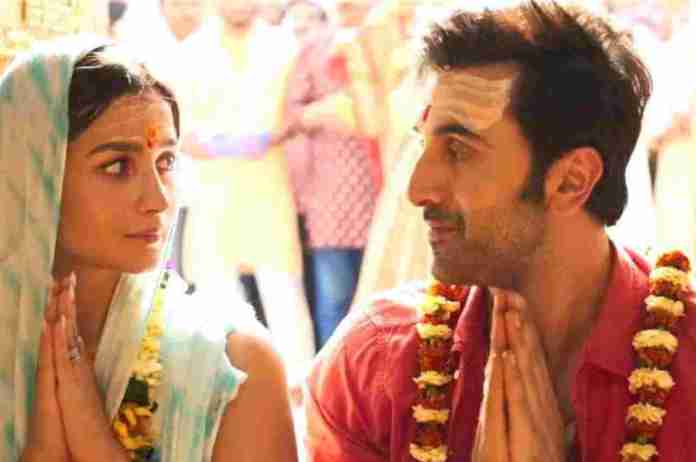 New Delhi: The much anticipated film Brahmastra, starring Ranbir Kapoor and Alia Bhatt, is all set to premiere on September 9. The movie, directed by Ayan Mukerji, has been in making for a long time. The movie has had a successful start to its advance booking despite calls for a boycott from across the industry. Brahmastra has sold about 27,000 tickets at three national chains in less than 24 hours since pre-bookings went live: PVR, Inox, and Cinepolis. According to a report in Pinkvilla, audiences are also drawn to the IMAX performances. It should be noted that only the 3D version of the movie can currently be reserved in advance; the regular 2D version’s tickets should become available the following week.

There has been a lot of interest in Brahmastra because of its one of a kind approach towards Indian cinema. It also brings together the best of Indian cinema and ensembles a cast including Ranbir Kapoor, Alia Bhatt, Amitabh Bachchan, Nagarjuna and  Mouni Roy. Shah Rukh Khan makes a cameo appearance in the movie. According to reports, Brahmastra’s opening day revenue is currently estimated by the industry to be between Rs 18 and 22 crore; however, if ticket sales continue at this pace, the figure may increase.

Brahmastra has been promoted as  a pan-India film. Ace filmmaker SS Rajamouli

At an event held in Hyderabad, Rajamouli recently spoke about Ayan’s passion for Brahmastra, and confessed that his childhood fantasies came to life when he heard about the film. “There is a lot of difference between the kind of cinema Karan Johar makes and I make, but I admire his passion for cinema. Five years back, he told me about Brahmastra with a mad boy called Ayan Mukerji. I agreed due to the respect I had towards him. I knew nothing about the film. When Ayan started narrating about these Astras to me, all my childhood fantasies came to life. He has put in a lot of energy in creating this Astraverse. Everyone is emotionally charged in using the weapons. This kind of film needs to be supported. Its about the superpowers we have in our culture, folklore. Everything about Brahmastra is in Indian tradition. I am doing all I can to represent the film in South markets,” he shared.