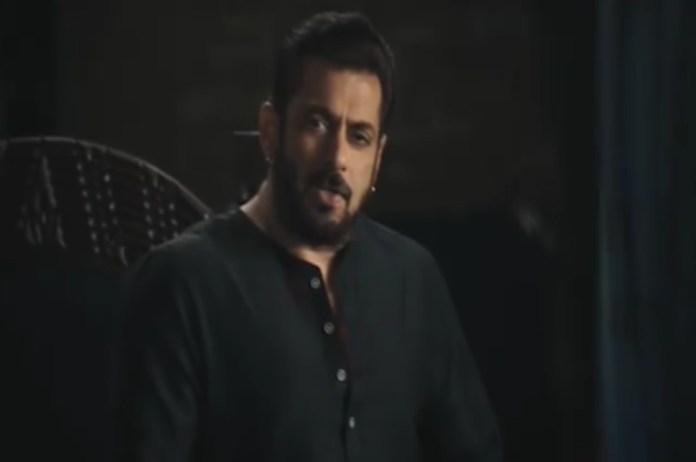 New Delhi: Salman Khan’s show Bigg Boss is always loved by the audience. Fans are now eagerly waiting for the new season every year in which different tasks can be seen. At the same time, a new promo of Salman Khan’s show has been released which has made the internet buzz high. In this promo, Salman Khan has dropped some hints to the fans, seeing that the excitement of the fans has increased more than before.

Mandwa will be captured by ‘Bigg Boss’

Colors TV has released the promo of the show on their Instagram account, in which Salman enters in a strong style, and while giving information, he says that this time only the fear of Bigg Boss will be on Kancha Chinna’s Mandwa. The Big Boss Season 16 game will change as now the Boss will play himself. Sharing this, they wrote in the caption, ”Mandwa tak chaayegi ab Bigg Boss ki aawaaz, jab hogi Season 16 ki shuruwaat!.” This promo has got more than 1 lakh likes so far.

In another new promo of the show, Salman can be seen as Gabbar Singh and said, “50-50 kos dur jab bachcha royega, toh maa kahegi, beta soja, nahi toh Bigg Boss aa jayega.” In this video too, he can be seen promising that things will change in this season, as “Bigg Boss khud khelega.”

Many stars have participated in this show and now the news is coming that this time there is going to be an entry of an actress in the show. Recently it was revealed, Femina Miss India runner-up Manya Singh will be seen in the show. However, till now Salman Khan and the makers have not given any official statement to anyone. Manya Singh is from UP and she has been the runner-up of Femina Miss India 2020.

Earlier the news was coming that, a cultured daughter-in-law of TV is going to come in Bigg Boss-16. This time Jiya Manek of ‘Saath Nibhana Saathiya’ will be seen in the show. Along with this, Riddhima Pandit will also come to support Jiya.

The theme of Bigg Boss house

This time the Aqua theme of the show has been kept. At the same time, the new promo of Bigg Boss has rocked and now the fans are waiting for the show to start soon.