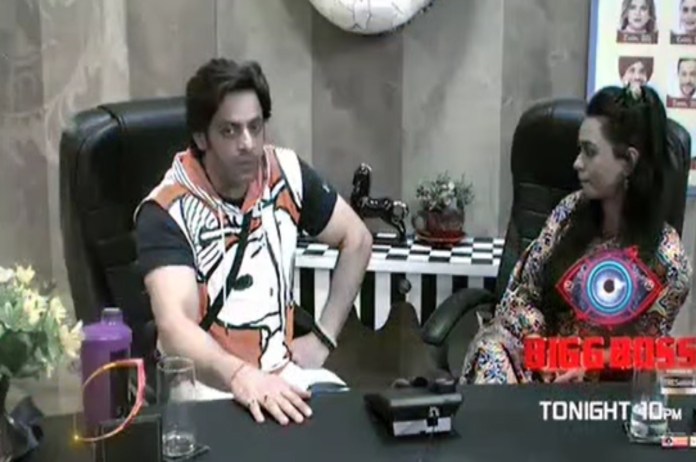 Bigg Boss 16: Bigg Boss 16 is progressing brilliantly. Last week, Abdu Rozik had to go out due to medical reasons. At the same time, in the beginning of this week, there is going to be a ruckus in the BB house. Soundarya Sharma and Vikas Manaktala, both the contestants who have become contenders for the next captaincy of ‘Bigg Boss 16’, are going to commit such a mistake, due to which Bigg Boss is going to give them the biggest punishment ever.

Colors TV has released a promo of the upcoming episode of ‘Bigg Boss 16’ on its official Instagram account. In this clip, Captain’s contenders Soundarya Sharma and Vikas Manaktala are seen against each other in the task given by Bigg Boss. There is no mutual agreement between the two during the task. After this, everyone is stunned by the verdict given by Bigg Boss.

Bigg Boss announces that both the contenders for the captaincy are unable to agree. Bigg Boss says, ‘This will be the first time in the history of the show that a captain is going to be fired before becoming the captain.’ The promo of the upcoming episode of the show is going viral on the internet. Is, and people have become very excited for the next episode after watching it.

Responding to the latest promo, a user wrote, ‘Priyanka should become the captain. Bigg Boss has become too much biased now. Another wrote, “Priyanka is always behind Shiva.” While another writes, “Priyanka ko kya problem hai Shiv se…darti hai kya.” Like this Priyanka is Priyanka. The fans of Chahar Chowdhary and Shiv Thackeray are seen fighting with each other in the comment section.