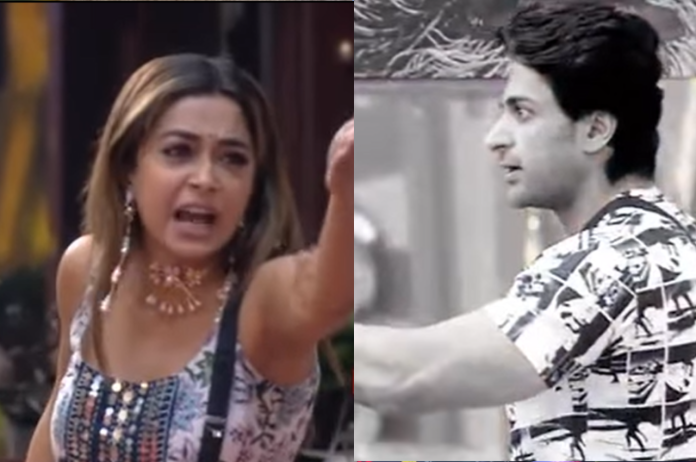 Bigg Boss 16: Bigg Boss 16 is slowly approaching its final week, and the lengthy race to the end is in full gear. The Ticket to Finale Week was recently announced by Bigg Boss, and the competitors are seen preparing for the competition. Sandiip Sikcand and journalist Dibang recently graced the stage with host Salman Khan in the Shanivaar Ka Vaar episode.

Tina Datta and Shalin Bhanot were probed about their relationship, and they were even compared to false plastic flowers. Shalin and Tina haven’t gotten along since and are frequently seen squabbling about house concerns.

War of Words between Tina Dutta and Shalin Bhanot

In the latest episode of Bigg Boss 16, competitors Tina Datta and Shalin Bhanot, who are currently feuding, will be involved in a war of words. Tina and Priyanka Choudhary begin the debate by accusing Shalin of betraying them. Shalin was seen devising ways to overthrow Nimrit Kaur Ahluwalia’s captaincy after Bigg Boss recently nominated Nimrit Kaur Ahluwalia as the new house captain and awarded her a ticket to the finale. However, Shalin is now seen siding with Nimrit and enabling her captaincy to continue.

In an unexpected turn of events, Abdu Rozik left the show on his own will, breaking many hearts. Shiv Thakare, Nirmit Kaur Ahluwalia, Sumbul Touqeer, MC Stan, and Saji Khan were observed inconsolably crying after Abdu’s departure. Sajid Khan was also seen leaving the broadcast midway in the following episode due to professional obligations.