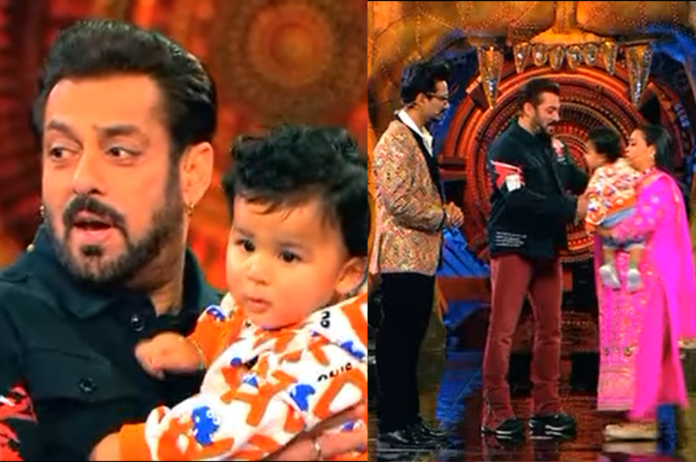 Because of the show’s popularity and adoration, the season has been extended for another five weeks. The finals is now scheduled to take place in February. In the midst of the reality show fever, tonight’s episode, Shukrawar ka Vaar of Bigg Boss 16, will include an unique surprise for viewers as well as a cute guest.

Salman Khan will welcome Haarsh Limbaachiyaa and Bharti Singh, as well as their son Laksh, who is also known as Gola. Bharti enters the stage and recalls Salman’s promise, saying, “Saare vaade yaad hai Salman bhai ke. “Inhone kaha tha ki inke bache ko mein launch karuga.” (I recall all of your promises to me, including your promise to launch my son).

While approaching the superstar, Bharti briefly hands over her son Gola to Salman. Salman Khan gives Laksh his signature silver bracelet as well as a special Lohri gift. Salman laughs uncontrollably when Bharti talks about Salman emptying his Panvel home after transferring it to her son Laksh.

Following the conversation, the couple leave their son in Salman’s arms as they exit from the stage. Salman then plays with Laksh while dancing with him. Bharti shared the promo of the show on Instagram and wrote, “Biggboss tonight 10 pm on @colorstv (sic).”