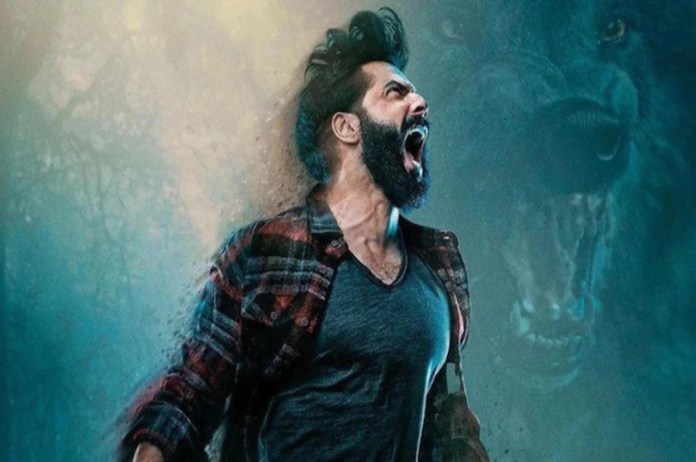 New Delhi: The movie Bhediya, starring Kriti Sanon and Varun Dhawan, was released on November 25. Varun plays a werewolf in the horror comedy, which has generated a considerable amount of excitement among viewers. The movie had a respectable opening weekend at the box office, even outperforming other post-pandemic Bollywood movies.

Still, it must contend with Ajay Devgn’s Drishyam 2’s phenomenal success. According to accounts, Bhediya made some progress in the evening and night shows. Early estimates place Bhediya’s day 1 revenue anywhere between Rs 6 and Rs 7 crore.

Bhediya, a werewolf drama starring Kriti Sanon and Varun Dhawan, is directed by Amar Kaushik, who brought back the horror-comedy genre with Stree (2018). Stree caused mayhem at the box office, but Bhediya’s early numbers don’t seem too encouraging. Trade reports state that on Friday, November 25, Bhediya brought in between Rs 6 and 7 crore. The numbers are underwhelming because Bhediya’s actual goal was a double-digit start.

According to Box Office India, “The opening of Bhediya is lower the last Varun Dhawan starrer Jugjugg Jeeyo across all circuits by a margin though pockets in the Eastern side of India could end up better but that hardly matters as its value is so less. The film looked well made and had a fresh concept but the audience has shown little interest in the concept.”.

“The film can pick up but with this sort of start, Saturday already becomes the acid test as the jump has to be 50% at the very least and this has been a tough ask for most films post the pandemic. Even if the 50% comes it will still be a hard road though there will be a chance,” BOI added.

Talking about the poor quality of Bhediya’s VFX, BOI write, “The film is also released in 3D so this should have also helped the bigger centres but the response to 3D is also poor. Bhediya also seems to be set in the North East which takes away a lot of relatability compared to a rural film set in the heartland. Obviously, this is done for fresher locales and a more a picturesque look for the film but the characters become less relatable for the core audience.”