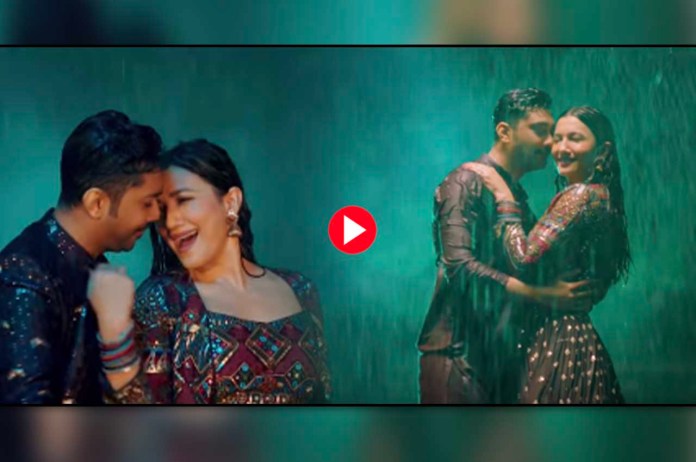 New Delhi: Superstar singer Neha Kakkar is here with another heart-touching melody that will struck a chord every person in love. The romantic melody titled Baarish Mein Tum features actress Gauahar Khan and her choreographer husband Zaid Darbar. The teaser of the song was dropped on Sunday, which showed Gauahar and Zaid’s bike ride taking a romantic turn with rain showers.

Neha Kakkar took to her Instagram handle to share the teaser of the song. Sharing the video, she wrote, “Feel the ‘baarish’ of love with the melodious track of #BaarishMeinTum
Teaser out now. 😍 Song releasing on 5th September. Stay tuned!” Have a look:

Baarish Mein Tum Song is sung by Neha Kakkar & Rohanpreet Singh with music composed by Showkidd & Harsh Kargeti and lyrics written by Samay. The music video has been produced Bhushan Kumar’s T-series. The song will be out on September 5.

Talking about Neha Kakkar, the singer often shares a glimpse into her life with fans on social media. Recently, Neha had shared a picture from inside the plane and revealed that she is traveling to her favourite city without disclosing the location. “Flying to my favourite city! Chaloge?🤍🤗 Btw.. What’s coming out on 5th September?” she wrote.

On the work front, Neha Kakkar was in the US for her performances. She might soon make a comeback with the upcoming season of Indian Idol 13, a singing reality show.