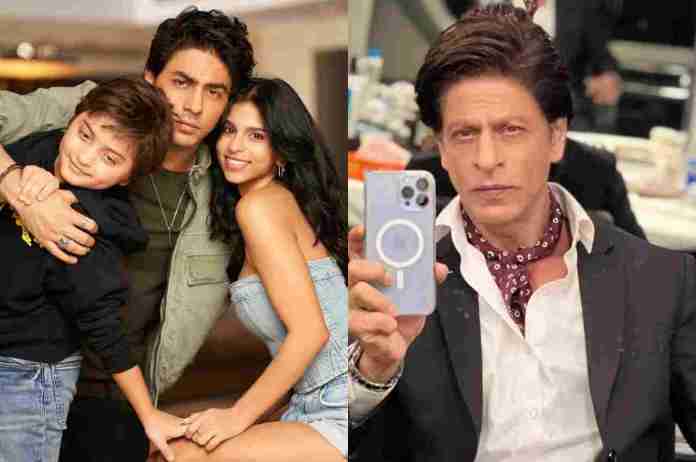 New Delhi: Superstar Shah Rukh Khan’s son Aryan Khan made his first Instagram post in over a year, sharing a couple of photos with his siblings AbRam and Suhana Khan. “Hat-trick,” he simply captioned the photos. While the pictures received a whole lot love from the netizens, it was Shah Rukh’s comment that attracted the limelight.

A curious SRK quickly asked in the comments for the pictures, and Aryan responded with a hilarious comment. “How come I don’t have these pictures?” “Give them to me right now,” Shah Rukh Khan responded to Aryan’s post. Aryan replied, “I’ll send them to you the next time I post.” So, most likely, in a few years.” Suhana Khan commented on the photos as well, thanking Aryan for cropping her out of the second photo with AbRam. Check out Aryan’s pic below:

It was recently reported that Aryan Khan has finally taken the plunge into filmmaking. Aryan is reportedly working on a web series and feature film for Red Chillies Entertainment. As per a report in Pinkvilla, the star kid did a test shoot for his web series on Friday and Saturday at a studio in Mumbai. However, he is yet to decide on the shooting dates.

“Besides writing the project, Aryan will also be directing it. He had taken complete charge at the test shoot that took place on Friday and Saturday. As a part of his and the crew’s prep, Aryan wanted to bring everyone together and understand the project before they actually start shooting for it. He is very passionate about this yet untitled show, and has already begun work on the pre-production. They will finalise the actual shooting dates soon,” Pinkvilla quoted the source saying.

Talking about Shah Rukh Khan, the actor will next be seen in Pathaan. He also has Jawan and Dunki in his pipeline.