Anushka Sharma takes daughter to park, what happens next will make you go ROFL 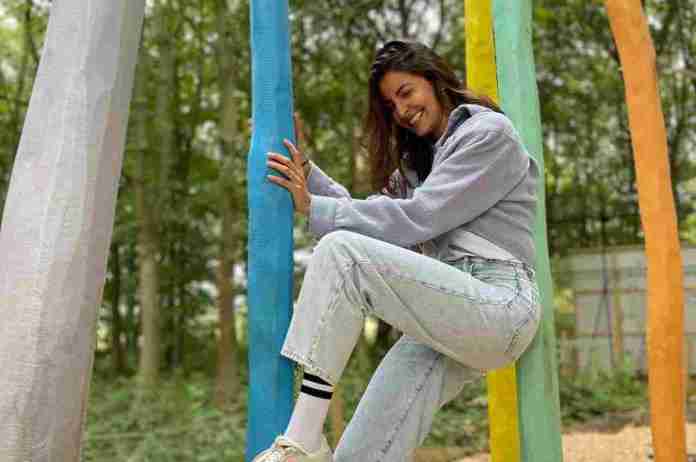 New Delhi: Anushka Sharma is putting the finishing touches on her upcoming movie Chakda Xpress in the UK. The ace actor has been sharing sneak peeks of her travels on her Instagram space. Amid her busy schedule, Anushka took some time to spend quality time with her daughter. The actor posted a picture of their “great day” together on Instagram Stories. Anushka appeared to have had a better time on their most recent outing than Vamika, though.

Anushka Sharma shared a photo from her park visit with Vamika, with the caption, “I had a great day at the play park that I took our daughter to (laughing emoji).” While Vamika is nowhere to be seen in the pic, Anushka was captured laughing as she posed next to what appeared to be an obstacle course for children. For the park outing, the actor was dressed in a white T-shirt and a grey jacket with blue denims and a pair of white sneakers. Check out Anushka’s post below:

Anushka had earlier posted pictures and written a note as her husband Virat Kohli finished his 71st international century. Sharing pictures of her husband from the match, she wrote, “Forever with you through any and everything.” Along with taking some time off, she recently took her parents, Ajay Kumar and Ashima Sharma, out for breakfast. She had posted photos of herself and her parents dining out in a restaurant on Instagram. The actor shared a selfie of Anushka and her parents in addition to a photo of her coffee and croissants. “Breakfast date with the parents,” she had captioned the photo.

Meanwhile, on the work front, Anushka was last seen in 2018 film zero. She will next be seen in Chakda Xpress. The film is based on the life of former India cricketer Jhulan Goswami.