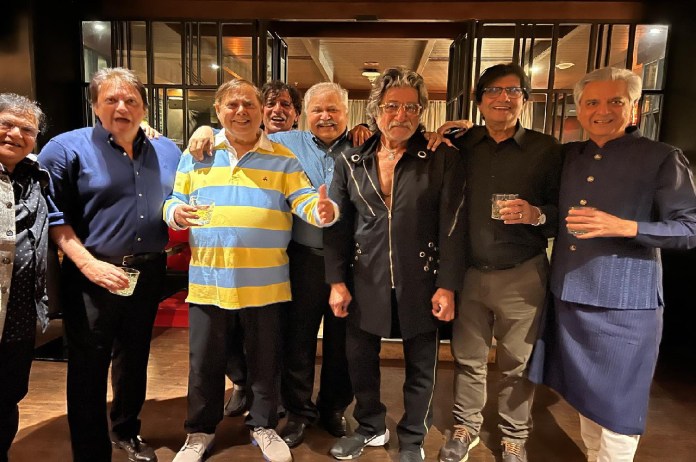 The veteran actor Anupam Kher shared a glimpse of the celebration on his Instagram. While sharing the photos, Anupam wrote, “With birthday boy #DavidDhawan and my dearest friends who I have spent some memorable times with!! We are the best! #Friends #Actors.” In the photos, everyone could be seen in black except David as he donned a yellow and blue strip T-shirt.

Soon the photos went viral on social media, and a fan commented on the post, “Too much talent in one picture.” A fan also wrote, “Growing old gracefully.”

Take a look at more inside photos from his celebration

The filmmaker David Dhawan has given many comedy blockbusters like Hero No 1, Biwi No 1, Judwaa, Bade Miyan Chote Miyan, Haseena Maan Jaayegi, Dulhan Hum Le Jayenge, Jodi No.1, Mujhse Shaadi Karogi and Partner. He also made the remake of his film Coolie No. 1.

Now, he is all set to make another remake of his own Bade Miyan Chote Miyan starring Amitabh Bachchan and Govinda.