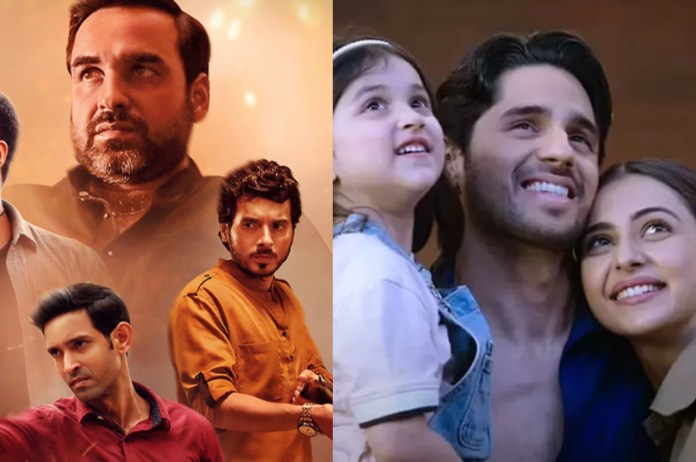 Amazon Prime Video: One of the main places to find and watch new Indian releases on your smart devices is Amazon Prime Video, the new face of entertainment for the Indian market. It can be challenging to pick a movie from Amazon’s enormous selection, which is added weekly. We’ve collected and chosen the Best Indian Movies that have been released to make things easy for you guys. Movies are made to entertain, evoking everything from laughter to sentimentality. Look at this!

Before bad forces destroy the foundational piece of India’s history, an agnostic archaeologist who has sincerity rushes against the clock to demonstrate the veracity of the fabled Ram Setu. Akshay Kumar, Jacqueline Fernandez, Nushratt Bharuccha, and Satyadev Kancharana all starred in the movie.

Before appearing in multiple movies, Jack Ryan was first presented by author Tom Clancy in a number of books. With John Krasinski as Ryan in this Amazon original thriller that revolves around Ryan as a rising CIA analyst, the former U.S. Marine is now featured in an episodic series for the first time.

After being in an accident and awakening in paradise, a real estate broker is told by God that he must participate in the “Game of Life.” If he succeeds in winning, he will be returned to Earth; however, if he fails, he will be banished to hell. The film starrer Ajay Devgn, Sidharth Malhotra‎, Rakul Preet Singh.

5. Vadhandhi: The fable of velonie

The web series starrer S. J. Suryah, Laila, Nassar, and Sanjana Krishnamoorthy. From the Rashomon-like perspectives of a relentlessly obsessed police officer, a novelist mesmerised by her grace, and an opportunistic news editor, the murder of a lovely young girl is viewed.

The action thriller Yashoda is a 2022 Indian Telugu movie that was written and directed by Hari-Harish. Along with Varalaxmi Sarathkumar, Murali Sharma, Unni Mukundan, and Samantha in the title role. December 2021 marked the start of principal photography, which lasted until July 2022. The film cast Samantha, Unni Mukundan, Sampath Raj, Kalpika Ganesh.

Sonali Kulkarni, Ashwanth Ashokkumar, Mimansa Ojha, and Ashish Vidyarthi are among the cast members of the web series. A little child from a railroad community attempts to give his modest family some measure of honour through extremely imaginative tactics while being continuously pulled back to reality by his sensible father.

The action-crime thriller web series Mirzapur was created by Karan Anshuman and is available on Amazon Prime Video. Puneet Krishna and Vineet Krishna wrote the script. Along with Gurmeet Singh and Mihit Desai, who directed the second season of the show, Anshuman directed the first season of the show. Rithesh Sidhwani and Farhan Akhtar of Excel Entertainment are the show’s producers.

10. Breathe: Into the shadows

A successful psychotherapist and his wife will once again be forced to push themselves to their breaking point in order to save the child who was abducted from a completion party. Abhishek Bachchan, Amit Sadh, Nithya Menen, and Ivana Kaur are among the cast members of the film.