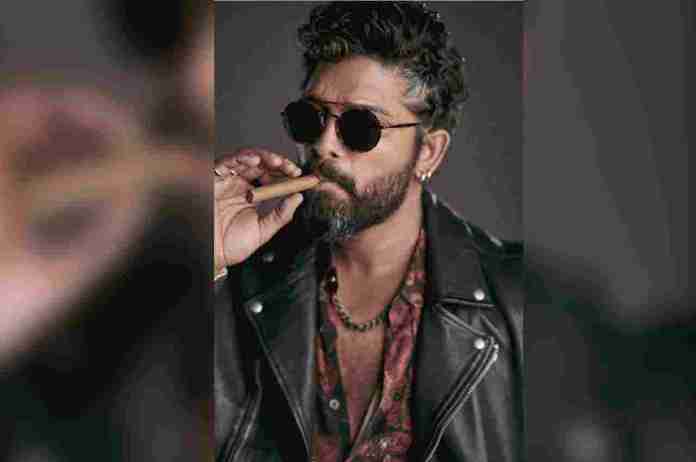 New Delhi: Allu Arjun delivered a smashing pan-India hit with Pushpa: The Rise. Now, fans are anticipating the release of Pushpa: The Rule, the second and final part of the franchise. While the actor is yet to share his first look from the second part, a new picture of Allu Arjun, looked rad, has gone viral on the internet. The actor is seen oozing bad boy vibes in the picture and fans of the actor are already going gaga over the new look. However, turns out the look is for a photoshoot.

Allu Arjun has been a part of many lives and has donned multiple looks, ranging from uber cool Arya to no nonsense Pushpa. However, this one look is seemingly different from every other look that the actor has sported previously. The latest photo features him in a slight salt-pepper look with the actor smoking cigar in style. The ear piercings and black leather jacket is only making female swooning over his charm. Many of them even dropped fire and heart emojis on his look. On the other hand, the actor revealed that this new photo was clicked by none other than popular Bollywood celebrity photographer Avinash Gowariker. He posted it on Instagram with the caption, “???? Caution ⛔️: Cigar smoking extremely injurious to health ???????? @avigowariker.” Check out Allu Arjun’s look below:

Speaking of Pushpa, the national box office performance of the movie with Allu Arjun in the lead was unprecedented. The South actor has stated that the sequel is being worked on and that he want to see it released in several other languages. However, the specifics of the same are yet unknown.