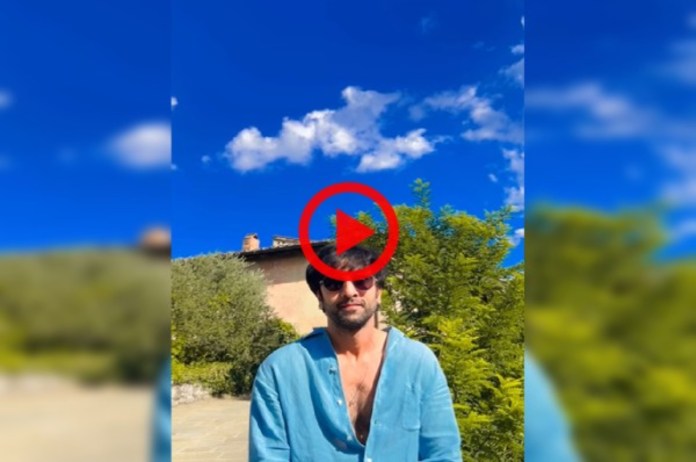 New Delhi: Bollywood’s real-life couple Ranbir Kapoor and Alia Bhatt are ready to welcome their first child soon this year. The actress currently spending some quality time with her husband in Itlay.

Alia Bhatt recently posted a video on her official Instagram account. In this clip, Ranbir can be seen dancing to his recently released song Deva Deva from the movie Brahmastra. The actor donned a blue shirt and jeans. The video also features the breathtaking view – the lush green trees and clear sky. Alia captioned the video with, “the light of my life.”

Earlier, the makers of ‘Brahmastra’ unveiled the second song Deva Deva from their upcoming film, starring Alia Bhatt, Ranbir Kapoor, Amitabh Bachchan, Nagarjuna Akkineni and Mouni Roy. The couple will be seen sharing the screen for the first time.

A few days ago, Alia shared a sunkissed photo of herself on her Instagram handle and captioned it as, “Eternally grateful for this sunshine – Thank you for all the love my lovesssss,” followed by sun emoticons. Soon after she shared the post, Neetu Kapoor commented, “My beauty”.

Alia and Ranbir announced their pregnancy on June 27. After dating for 5 years, they finally tied the knot on April 14, 2022. They got married in a private affair at their Vastu residence in Bandra, Mumbai.