HomeEntertainmentAlia Bhatt, Ranbir Kapoor spotted in comfy clothes as they return to... 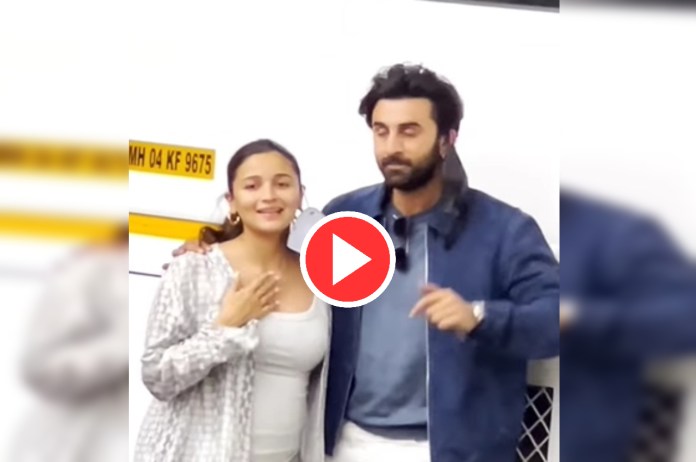 New Delhi: Bollywood couple Alia Bhatt and Ranbir Kapoor recently returned to Mumbai from their film promotion in Hyderabad. The video of Alia and Ranbir is becoming increasingly viral on social media, to which fans are reacting fiercely.

The video has been shared by Viral Bhayani on his Instagram account, in which they both are looking quite different. While Ranbir is looking cool in a blue T-shirt and white jeans paired with a blue jacket, on the other hand, Alia looks amazing in a simple look. During this, her baby bump is also visible. At the same time, they posed in front of the camera.

Alia-Ranbir did a promotion in Hyderabad where the actress appeared in a pink sharara suit in which she looked very beautiful. Not only this, the actress got ‘Baby on Board’ written on the back of her suit, seeing which the fans were quite excited. This video has got a thousand likes so far. Alia and Ranbir along with Junior Ntr, Karan Johar, Nagarjuna, SS Rajamouli and Mouni Roy were seen at this event.

Along with Alia-Ranbir in the film ‘Brahmastra’, Amitabh Bachchan, Mouni Roy and Nagarjuna will also be seen. The film will be released in theatres on September 9, 2022, in Hindi as well as Tamil, Telugu, Kannada and Malayalam languages. The film has been directed by Ayan Mukerji.