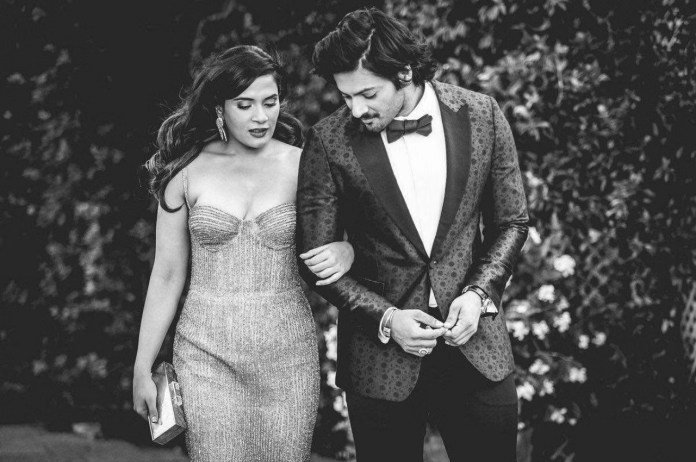 New Delhi: Ali Fazal and Richa Chadha have never shied away from cuing major couple goals. The duo has been dating for a while, thus, attracting wedding rumours often. Now, seems like the couple is finally ready to take the big plunge and tie the knot soon. If the rumours are to be believed, Richa and Ali will begin their wedding festivities in the last week of September, and will tie the knot on October 6.

Ali Fazal and Richa Chadha will host a reception at one of the oldest clubs in India. This club is very special as one has to wait for 37 years to take membership of this club, suggest media reports.

The Fukrey stars will hold their wedding reception in Mumbai and Delhi. Right after exchanging wedding vows, the couple will be heading for their Delhi reception. Soon after the event in Delhi, they will leave for Mumbai reception which is expected to be a star-studded night. Reports suggest that Delhi’s reception will be held in a 110-year-old club. This club is unique in more ways than one as one has to wait for about 37 years to get the membership of this iconic landmark.

Also Read :- Bedhadak: Shanaya Kapoor to begin shooting by the end of this year

Ali Fazal and Richa Chadha met on the sets of 2012 film Fukrey. Recently, the couple have graced a wedding-centric magazine cover and candidly opened up about their love story.  The couple revealed that they indeed met on the film set of Fukrey but Richa Chaddha found him quite odd initially. Later, Ali Fazal said that he once contacted Richa and asked if he might drop by for a coffee because he was close to her house. Richa immediately said yes, but Ali had lied to her about this. He hurriedly got in his car and headed to the actress’ home as soon as she replied “yes.”