HomeEntertainmentAkshay Kumar thinks Kapil Sharma is reason why his films are not...

Bollywood superstar Akshay Kumar thinks that Comedian Kapil Sharma is the reason why his films are not working at box office.c 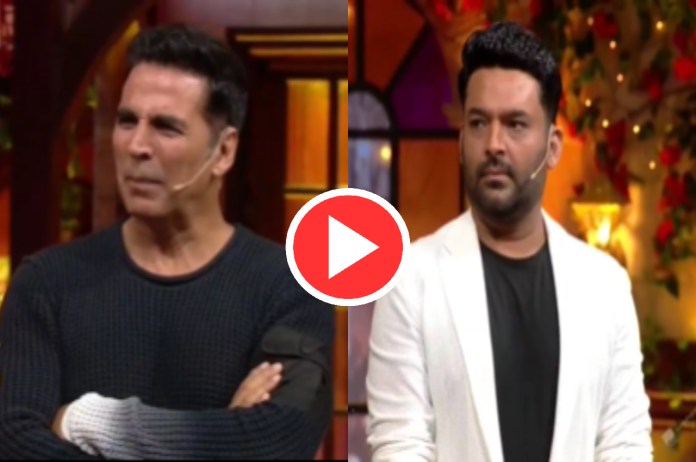 New Delhi: Comedian Kapil Sharma is once again back with a new season of his comedy show, which is all set to go on air from September 10. Sony Entertainment recently dropped a new promo showing glimpses of the first few episodes. In one of the episodes, Akshay Kumar appeared in the show with actress Rakul Preet Singh for promoting their film, Cuttputlli, which was released on Diseny+ Hotstar on September 2.

In the video, Kapil asked Akshay, “Paji, har birthday pe aap ek saal chhote kaise ho jaate ho (Brother, how do you turn a year younger on every birthday)?” To which Akshay replies, “ye aadmi itni nazar lagata hai sab cheezo pe… meri filmo pe, paiso pe nazar daal di…ab filmein nahi chal rahi koi (this man jinxes everything I do, my films, my money…now none of my films are working),” which leaves Kapil and everyone burst into laughter.

Meanwhile, Kapil will be seen in Nandita Das’s directorial title Zwigato, the film features Kapil as a food delivery guy and Shahana Goswami as his wife.