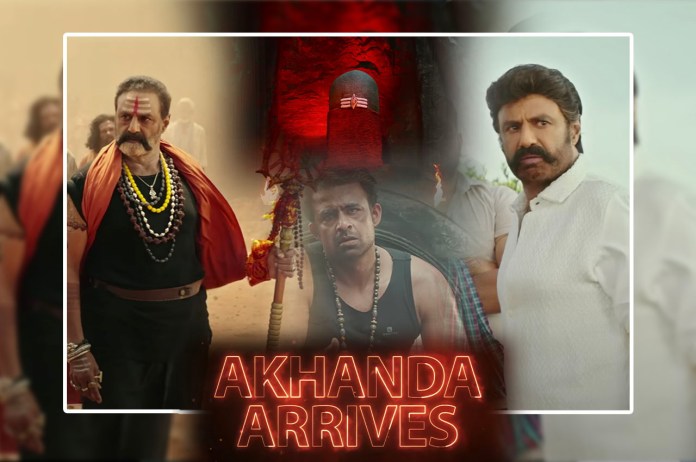 It has been produced by Dr. Jayantilal Gada of Pen Studios and Sajid Qureshi. The action drama film, was written and directed by Boyapati Srinu.

‘Akhanda’ is high-voltage, whistle-worthy and a true-blue mass entertainer that grossed 120.8 crore at the box office.

The movie stars Nandamuri Balakrishna in a dual role alongside Pragya Jaiswal, Jagapathi Babu, and Srikanth. ‘Akhanda’ emerged as the second highest-grossing Telugu film of 2021 and the highest-grossing film of Balakrishna’s career. The film also premiered on OTT last year to become one of the most watched regional films on the platform. Akhanda marks the third collaboration between Balakrishna and Boyapati Srinu.

After much anticipation, the Hindi-market audience will now get to witness and revisit the high voltage entertainer as ‘Akhanda (Hindi)’ hits theatre screens on 20th January 2023.

Says Dr. Jayantilal Gada, “If the last year has taught us anything it’s that the audience is craving mass entertainers and visual spectacles that merit a theatre viewing. We believe ‘Akhanda’ is a film that will find takers in different language markets and has Pan-India appeal considering Nandamuri Balakrishna’s fanbase and the high-octane action and entertainment that the film delivers.”