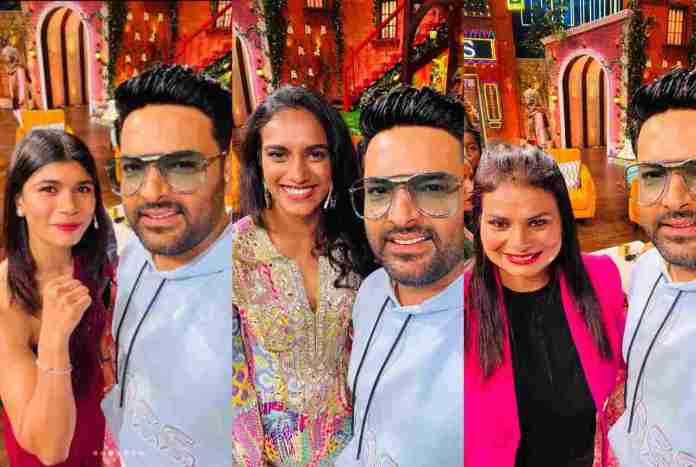 New Delhi: The Kapil Sharma show is coming back and fans can’t be more elated. The show was graced by female athletes, who brought laurels to the nation with their exemplary performance at the Commonwealth Games 2022. The show will return on September 10 in a new guise, he informed the audience.

He also mentioned, “Coming soon on 10th September only on @sonytvofficial @team.kapilsharma.” He used the hashtags #commonwealthgames2022 #tkss #thekapilsharmashow #comedy #sports on his pictures. One of his fans commented, “Million-dollar smile.”

A teaser video for the upcoming season of the well-liked TV programme recently surfaced online, revealing which cast members would be returning to The Kapil Sharma Show. Sumona Chakravarti, Kiku Sharda, and Chandan Prabhakar joined Kapil, who was visible laying on a hospital bed, in the brief clip.

In its first three seasons, The Kapil Sharma Show has aired 387 episodes since its debut in 2016. Following the airing of the final episode in June of this year, the cast took a break and travelled to the US and Canada for Kapil Sharma’s comedy tour.