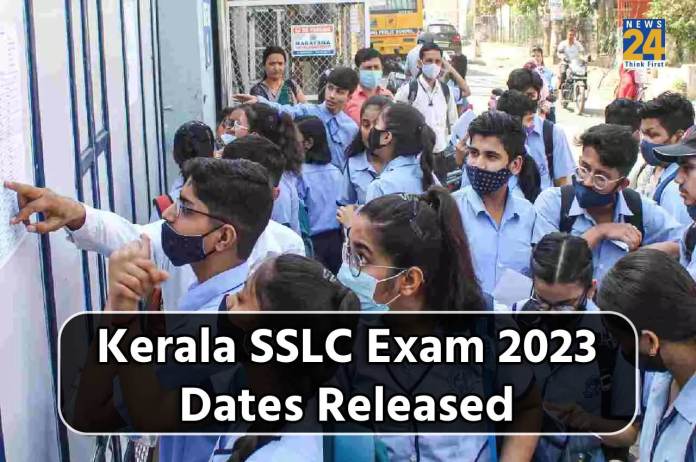 Kerala SSLC exam 2023: The dates for the SSLC or Class 10 final examinations 2023 are out now. The examination will be held from March 9 to 29, 2022, Education Minister V. Sivankutty has announced.

The tests will be held in a single shift which is 9:30 am, the minister has said that there won’t be an exam in the afternoon.

Exam practice for the SSLC will take place from February 27 to March 3. Later, complete schedules for these tests will be made available.

According to a formal announcement, more than 4.5 lakh students will take the SSLC public test in 2023. Beginning on April 3, answer sheets will be evaluated; results will be made public on May 10.

Over 9 lakh students are anticipated to show up for the HS first- and second-year final exams. Exams for the VHSC and HS models will begin on February 27 and last until March 3.

A new training programme for higher secondary teachers, which was halted owing to Covid-19, will begin in December, according to Sivankutty. In academic settings and university departments with research facilities, the residential training will span one month.