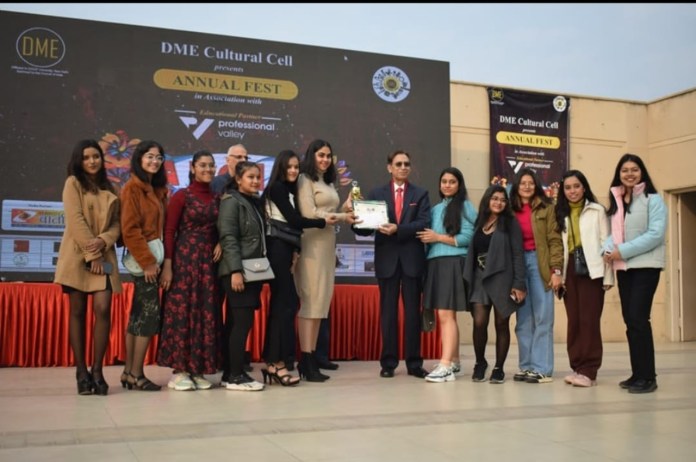 The event was also graced by the presence of Hon’ble Mr. Justice Bhanwar Singh, Director General, DME, and Prof. (Dr.) Ravi Kant Swami, Director, DME along with various faculty members. Around 55 colleges from all across India participated in the fest. A total of 130 registrations were done. The two-day event consisted of ten competitions solo and group singing competitions, a debate competition, solo and group dance, video making, a fashion show, a talent hunt, rangoli and nukkad natak. The first day ended with Musical Evening with its leading performer, Mr. Rohil Kapoor, who has sung many favourite and nostalgic numbers from Bollywood.

On 13 January 2023, the valedictory ceremony of Aloha 2023 commenced with thunderous applause from the audience who were waiting for the much-anticipated results. The anchors of the event were Mr Emmanuel Benny and Ms Anantika Kumariya who led the particulars of the event smoothly. The fitoor dance society had performed a magnificent performance which had enthralled the crowd. 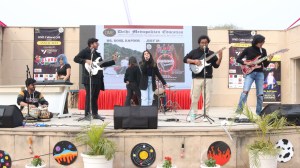 The results of each competition held during the two-day Cultural Fiesta – ALOHA 2023, were announced by the faculty head of DME Cultural Cell Ms Navjot Suri Singhal herself and Hon’ble Director General Justice Mr. Bhanwar Singh along with other dignitaries jointly applauded the winners by trophies, cash prizes and certificates, also they felicitated Student Cultural heads Mr. Karan Sikaria and Shraddha Goyal, student cultural secretaries for their hard work in organizing the fest so well and lastly faculty Cultural Head Ms Navjot Suri Singhal for her constant guidance and support by presenting her with a memento.

Afterwards, all the OC and executive members were also given certificates for their sheer dedication and hard work. Bhangra steppers had placed a fiery performance for the crowd to get hyped. The student Heads of the DME Cultural Cell Mr Karan Sikaria and Ms Shraddha Goyal addressed the audience with their words of gratitude for everyone who had put their constant efforts into making this event a major success consequently. After their addressal, faculty Cultural Head Ms Navjot Suri Singhal specifically mentioned her gratitude to every society within our Cultural Cell for their efforts and hard work.

The closing video of Aloha was played containing glimpses of the two-day event which were beautifully captured by DME Frames Society. The two-day Cultural Fiesta came to its completion with a wonderful band night performance by BAND MRIDA having it led by their lead singer Mr Nitin Sharma. The audience had a great time listening to their performance and it made everyone in unison with the artists. The event ended with an amazing experience for everyone present for this extravaganza. The audience enjoyed the event immensely to its very end.