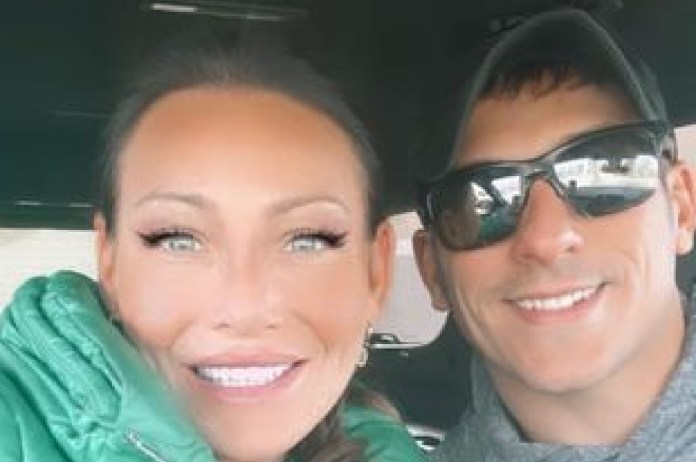 New Delhi: A 46-year-old woman was trolled for dating a boy 21 years younger than her. The woman has been divorced twice. Now she is dating a 25 year old boy. She has given a befitting reply to the trollers. The woman said that she does not care what people think. She will continue to love her partner.

The woman’s name is Sara Princess. She is a resident of Michigan, USA and is a beautician by profession. After the breakdown of her two marriages, Sara was looking for a new life partner. That’s when he met 25-year-old Trenton Upshaw online. Trenton works as a carpenter.

They talked on social media for about 9 months. They met again and they didn’t even know when this meeting turned into love. Now Sarah and Trenton say that we have become an inseparable couple. However, Sara did not expect that her new boyfriend would be 21 years younger than her.

According to The Mirror, while talking about their first meeting, Sarah said – “I felt safe when I hugged Trenton. His presence was comforting to the heart. Something was different. Such a magical feeling that I had never felt before. It was like we were made to be with each other.”

In this way, after a few days both of them decided to stay together. Couple took age as just a number and started living life happily. However, when he shares his pictures on social media, some users troll him. But unfazed by the trolls, the couple is busy in their lives.

Sara said that no matter how much someone trolls, it does not matter to us. People should change their thinking. Sara also spoke openly about her sex life. He said that everything is going well. They are planning to get married soon.

Sarah has two children from a previous relationship. One is 19 years old while the other is 10 years old. Sara says- age is just a number, we are the proof of it. We love each other as much as any other couple.