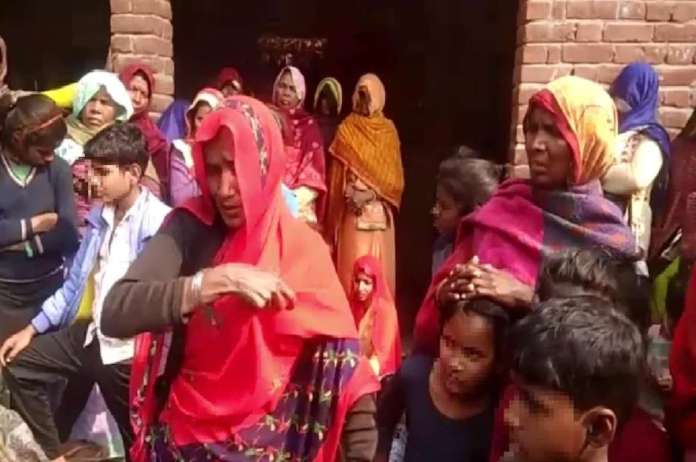 Lucknow: In a horrifying case from Pirpur locality of Barabanki, approximately 27 kilometres distant from Lucknow, the capital of Uttar Pradesh, a woman killed her husband viciously and devised a conspiracy after the murder.

Vinay Raj’s house in Pirpur had been visited by some relatives. In the house, there was a liquor party going on. It was half past midnight when the party finished and all the guests returned to their homes. It was then that Vinay’s wife Radha raced out of the house screaming.

Radha informed the neighbors that Vinay had been murdered by miscreants who broke into their home and hacked Vinay with a sharp knife. The occurrence of murder in the house created a commotion throughout the whole area. The people quickly contacted the police. The Barabanki police arrived at the crime scene as soon as the news was received.

When the police began their investigation, they discovered that there had been no forced entry into the house. Vinay’s bloody dead body was discovered on the scene by Barabanki police, along with a blood-stained banka. The officers couldn’t figure out who the murderer was or what motivated him.

During the investigation, SP Barabanki Dinesh Kumar Singh found that Vinay’s wife Radha’s sari was stained with blood. When the police grilled Vinay’s wife strictly on suspicion, a shocking discovery emerged. This discovery stunned everyone. Radha, the husband’s wife, was revealed to be the murderer.

On the complaint of Vinay’s brother, the Barabanki police launched a murder case and detained the accused wife.

Investigation found that 28-year-old Vinay, along with his relatives, had drunk booze in the party. Following the drinking and dinner, the husband and wife had a disagreement. Vinay was drunk when his wife Radha killed him by hitting him on the head and neck with a club.

After perpetrating the crime, she began screaming so that no one would suspect her, and it appears that the miscreants murdered her husband.