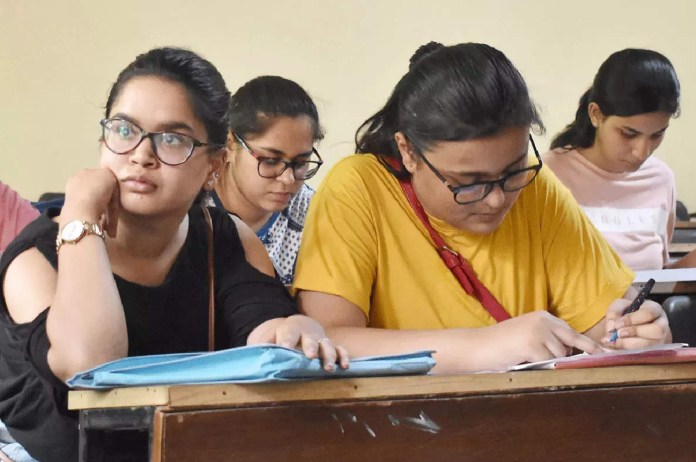 Kolkata: Around 7 lakh West Bengal Teacher Eligibility Test (TET) aspirants appeared for the exam amid a huge political drama in the state, owing to the arrest of former Education Minister Partha Chatterjee.

The exam took place after a gap of five years. As per the official statement, 11,000 centres were arranged across the state for holding the exam.

The exam was held to fill up approximately 11,000 vacant teaching posts in primary schools across the state. The exam, conducted by the West Bengal Board of Primary Education (WBBPE), kicked off at 12 noon and ended at 2.30pm.

There was heavy security deployment at all exam centres to prevent any foul play, sources said, adding that the exam went off peacefully.

However, there were reports that some teaching aspirants reached the exam centres after the reporting hour and weren’t allowed to enter. They protested briefly after which they were allowed to take the exam, sources informed.

Priyanka Sarkar, an examinee said, “I cleared the 2017 TET but wasn’t recruited. I hope all recruitments would be made following protocol this year.”

Another teaching aspirant, Diksha Gurang from Siliguri said, “We fill up the forms and appear for the exam. We don’t know what happens internally. However, all we can do is hope that the evaluation of test papers and the recruitments would be fair this time.”

In September, the Central Bureau of Investigation (CBI) took the former Bengal minister into custody in the School Service Commission (SSC) scam. Partha Chatterjee was holding the education department since 2014 when the alleged scam happened.

On the other hand, Partha Chatterjee has filed a bail application but a special CBI court rejected his plea last week. He has been sent to judicial custody till October 5.

The CBI is probing alleged irregularities in the recruitment of Group-C and D staff as well as teachers in government-sponsored and aided schools on the recommendations of the West Bengal SSC as directed by the Calcutta High Court. At the same time, the Enforcement Directorate is tracking the money trail in the scam.