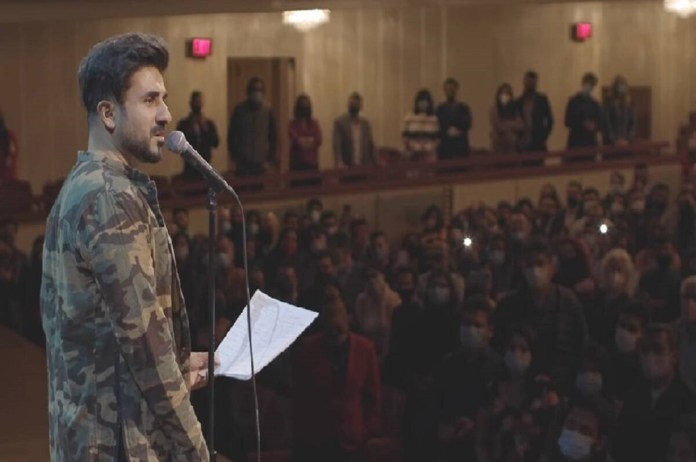 According to the news agency UNI report, the cancellation came in the wake of Hindu Janajagruti Samiti (HJS) police complaint demanding cancellation of the show ‘as it hurts the religious sentiments of the Hindus’.

“Hey folks. Due to unavoidable circumstances, we are pushing the Bengaluru show. New details and dates soon. Sorry for the inconvenience,” Das wrote on his Instagram handle. 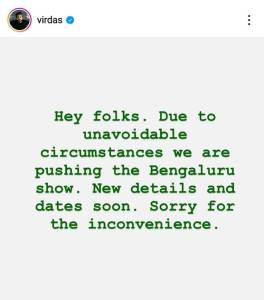 According to the available information, the show was scheduled to take place at 5.30 pm at the Chowdaiah Memorial Hall in Malleswaram.

The HJS had filed the complaint with Vyalikaval police station on Monday against the show and demanded that the police should not permit the show at communally-sensitive areas when Karnataka is facing tension due to communal incidents, UNI report said.

“Such shows or events have the potential of vitiating law and order situations, and they should not be allowed to take place. We demand cancellation of this event with immediate effect,” HJS said.

Welcoming the cancellation of show, HJS spokesperson Mohan Gowda said the comedian has insulted India, its women and the Hindu religion.

“We had lodged a complaint with the Vyalikawal police station against the show. Because of an agitation by the Hindu organisations, the show has been canceled. Wherever such people insult Hinduism in the name of comedy should be boycotted,” Gowda said in a statement, as reported by news agency PTI.