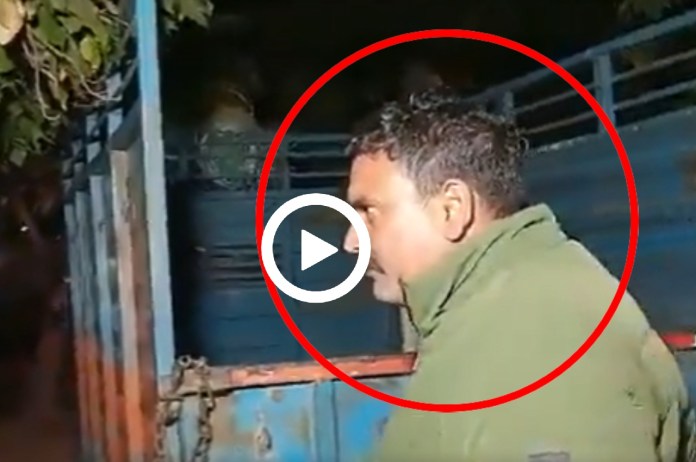 UP Crime: A video has been going viral on social media in which a police man was seen abusing and assaulting a man in Hardoi district of Uttar Pradesh. The victim allegedly came to the police officer asking for justice.

The video shows the policeman was so angry that he started manhandling the victim. He can be seen slapping the victim and using derogatory language against him.

After taking the blow by the policeman, the victim fell on the ground near a gutter and started bleeding. The incident was caught in video which has surfaced on the internet.

Meanwhile, the Hardoi Police has dismissed the claims saying that the man in the video was hindering the traffic which is why the accused officer had to use man power to clear the jam.

In a statement, the Hardoi Police informed that on December 23, 2022 a missing complaint of a man was filed in Pihani Police Station. Following the investigation, the missing man was found dead in Kakori Janpad Lucknow.

After confiscating the body, the police sent the boy for the post mortem and then, given to the victim’s family.

However, when the family was returning, they put the body on grounds at DM Chowk in Hardoi city, causing a major traffic jam which followed the incident.