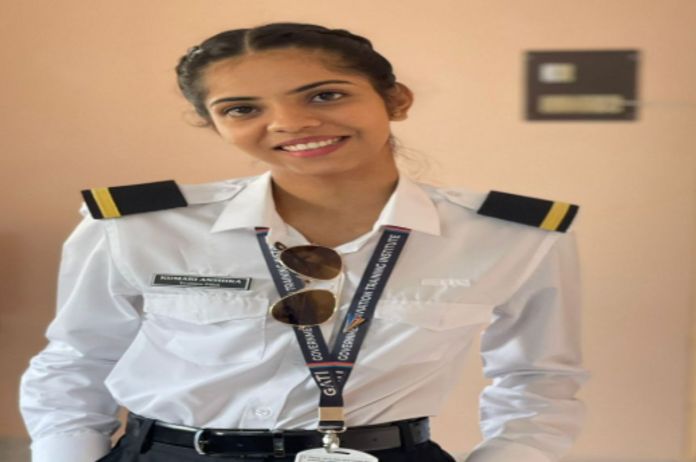 Muzaffarpur, Mukul Kumar: Former head of Rohua Panchayat of Muzaffarpur, Reena Singh and daughter of Ajay Kumar Singh have created history. Anshika has brought laurels to the district by successfully flying the first flight of her training as a commercial pilot.

Selected in an institute in Delhi

Bright since childhood, Anshika’s studies were completed in a private school in the local city. Anshika saw many ups and downs in her life while studying up.

Being the head, there were many ups and downs in the family due to political rivalry. But the strong-willed Anshika did not let any difficulty dominate her. And continued his studies continuously.

Anshika’s mother said that while going to school, the daughter used to dream of flying in the airplane after seeing it flying in the sky. She often used to tell her mother that, “today I go to school by bicycle but one day I will board an airplane. Little did I know that she would really fly an airplane.

When Anshika Singh, daughter of Ajay Kumar and Mata Reena Singh, former head of Rohua Panchayat of Mushari block, co-president of Mushari Mukhiya Sangh, completed her first journey by successfully flying solo from an airport in Orissa during training.

Her father told that he feels so proud on her daughter that his chest has expanded till 56 inches (referring to a Hindi proverb) He said, “I am realizing what a 56 inch chest is like. I express my gratitude to all the teachers of Anshika for its success.”