UP: Woman who was declared dead, wakes up during last rites shocks everyone 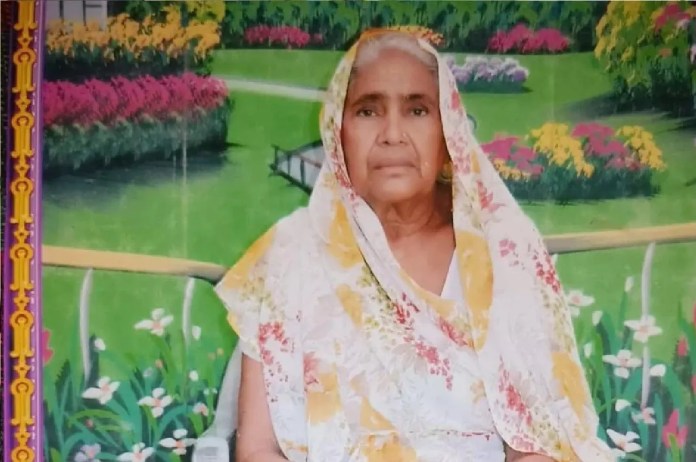 Firozabad: A startling news has come out from Firozabad district of Uttar Pradesh, which will surprise you all. Yes…here an 81-year-old woman was declared brain dead by the doctors.

After which the relatives of the old woman started preparing for her last rites and started taking the dead body to the cremation ground. Only then did the woman open her eyes, after which the family members brought the woman back home.

Haribheji was admitted to the trauma center

However, 81-year-old Haribheji succumbed to his injuries and died the next day. After this the woman was cremated. So on the other hand, now this incident has become a topic of discussion in the area and has also come in the headlines of the media.

This whole matter is related to Vilaspur village under Jasrana police station area of Firozabad. According to reports, Sughar Singh’s wife Haribheji (81) was admitted to the private trauma center in Firozabad on December 23 by her relatives after her health deteriorated.

Doctors declared Haribheji dead, during this the woman’s brain and heart stopped working. During this, the doctor on duty declared the woman as clinical dead and asked her relatives to take her away. On the other hand, on receiving information about the death of the woman, relatives and friends gathered in the village. Preparations for cremation started.

Haribheji’s son Sugrim Singh was taking his mother for the last rites and was taking her to Jasrana for the last rites. But on the way between Civil Line and Makhanpur, Haribheji suddenly opened his eyes. Haribheji’s relatives thought that the doctor had spoken wrong to them, he is alive. After which the family members of the woman became happy and they brought the woman straight home.