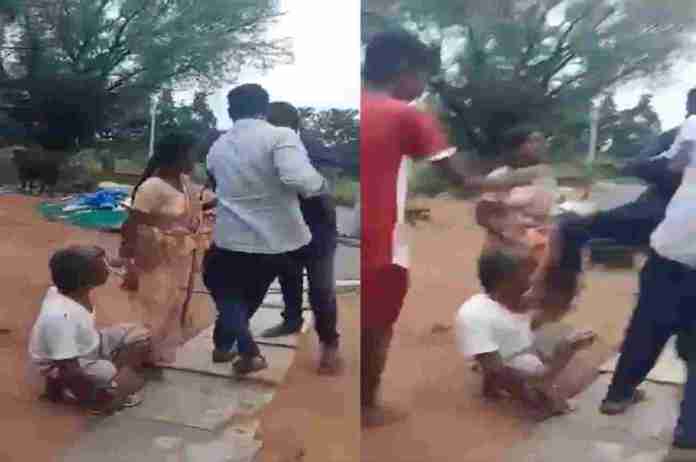 Mahbubnagar (Telangana): A sarpanch here has been suspended till further inquiry for kicking a differently-abled NREGS workers who was urging to release his payment.

A video of the incident has gone viral on the internet that came into the notice of Mahbubnagar district Collector S Venkata Rao following the strict action.

The videos show Sarpanch kicking the man who suffers from a locomotor disability.

The police have also filed three cases of cognisable offence against the accused. Kosgi Srinivasulu, sarpanch of Puluponipally gram panchayat of Hanvada Mandal, had beat up the workers and used derogatory remarks against the man.

A proper investigation has been launched in the matter with the appointment of Mahbubnagar RDO Anil Kumar.