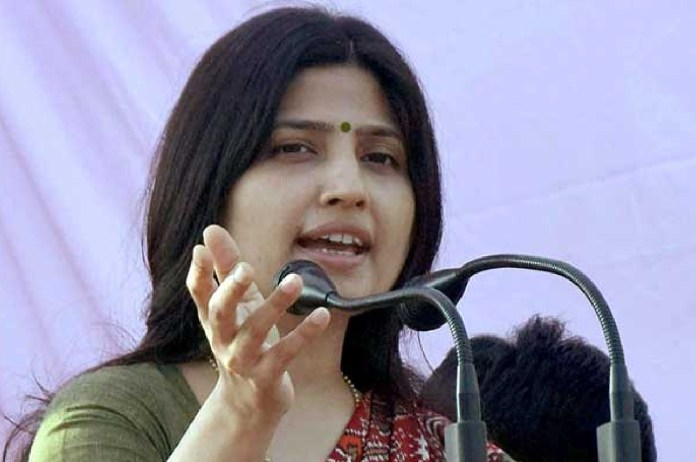 “I have complete faith that SP will win the Mainpuri bypolls. People have realised that BJP is fighting polls unfairly so they will get the reply once the poll results are out,” Dimple Yadav said.

Earlier in the day, SP leaders and cadres thronged to cast their votes claiming that Dimple Yadav will win with “three times more votes” than what Mulayam Singh Yadav had garnered.

“Dimple Yadav (party’s candidate for the by-election) will win with three times more votes than what Netaji (Mulayam Singh Yadav) used to get,” he said.

Akhilesh Yadav said, “I hope BJP will have a massive defeat in Gujarat… I believe SP will get a good number of votes in Mainpuri byelections, people will vote for us… BJP must allow the central agencies (Election Commission) to operate freely, BJP is misusing them.”

There were six assembly polls, besides Gujarat Assembly second phase elections and Mainpuri LS bypolls underway on the day.

Akhilesh Yadav alleged that in the Mainpuri bye-elections, Bharatiya Janata Party is not contesting, instead, “it was the government and administration who were fighting for BJP to win the polls”.

The Election Commission recorded 44.13 per cent voting till 3 pm.

The SP chief cast his vote at a polling booth in Etawah, following which he alleged that police were restricting voters from casting their votes.

“I don’t know on whose orders the administration has been working from the day the polling process started. What briefing has been given to them? Complaints are coming continuously since morning. Police are not allowing people to cast votes,” Akhilesh Yadav said while addressing a press conference after casting his vote.

Pragatisheel Samajwadi Party founder and the late SP founder’s other brother, Shivpal Singh Yadav, also alleged that there is administrative pressure on them and their workers were attacked.

“Administrative pressure so far, our workers were attacked. I alerted them last night to not get caught by the police and reach polling booths at 7 am and facilitate voting,” Shivpal Singh Yadav alleged.

Dimple Yadav also alleged in a tweet that the District Magistrate of Mainpuri was not receiving the calls of SP workers.

“DM Mainpuri is not receiving calls from SP workers regarding the complaint of rigging in the elections. Election Commissioner should take note of it,” she tweeted in Hindi.