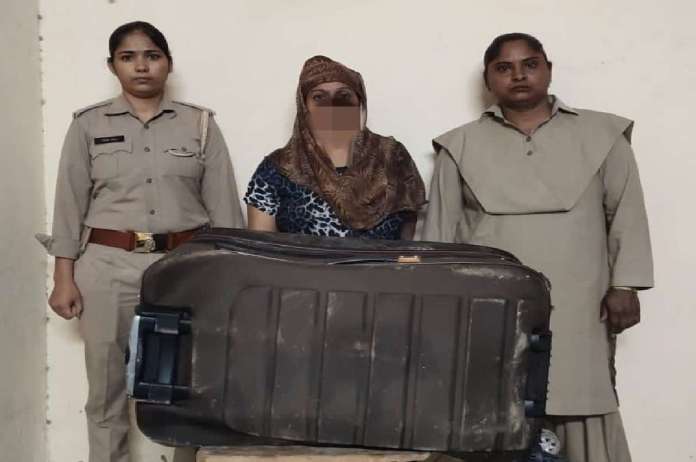 The manner in which Aftab murdered and disposed of Shraddha Walker’s body shocked the entire nation. People want to know everything they can about this case. On November 17, the police requested Aftab’s remand for the maximum number of days and were granted an additional five days.

Police have recovered 13 body parts from Shraddha Walker so far. Her head and arms, however, have yet to be recovered.

Due to the Shraddha murder case making the headlines, many previous heinous cases are on everyone’s mind. From Anupama Gulati’s ‘deep freezer massacre’ in Dehradun 12 years ago to Firoz’s death at the hands of Preeti Sharma in Ghaziabad.

In August 2022, a sensational crime occurred in the Ghaziabad district of Uttar Pradesh, where a woman, Preeti Sharma, allegedly slit the throat of her live-in partner, Mohammed Firoz Salmani, and kept the body in her refrigerator for a day until she purchased a large suitcase to stuff it in.

She intended to leave it quietly at a busy railway station late at night, but she was apprehended in the early hours of August 8. The size and weight of the suitcase gave her away.

Preeti and Firoz lived in one of eight one-room sets in a two-story building in Ghaziabad’s Tulsi Niketan colony, which is under the jurisdiction of the Tila Mod police station. Preeti had lived with Firoz for about four years and owned her one-room apartment.

Preeti murdered Firoz with a ‘ustara,’ slitting his throat. She then locked the door and went to the Shahdara area’s “chhota bazaar” (small market) to purchase a large suitcase with a sturdy plastic covering and wheels. She used ropes to stuff the body inside.

She brought the suitcase down by herself around 2 a.m. in the night and hired an autorickshaw to take the body to Ghaziabad railway station. The suicase was so heavy that the driver got suspicious.

However, the police said they saw her dragging a heavy suitcase down the street while patrolling at night. They offered to assist her, but she refused.

When the cops questioned her about the timing of her train and destination, she gave incoherent answers, which made them suspicious.