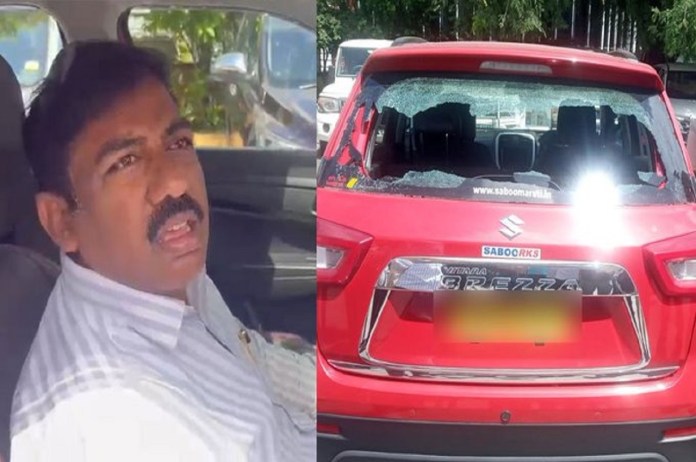 Hyderabad: An instance of lapse in security of Union Home Minister Amit Shah on Saturday has come to the fore. Telangana Rashtriya Samiti (TRS) leader Gosula Srinivas parked his car in front of Amit Shah’s convoy in Hyderabad.

Following the instructions from the Home Minister’s security, the leader had to move away his vehicle. Srinivas alleged that his car suddenly stopped and alleged that police vandalized his car.

According to news agency ANI, Gosula Srinivas had parked his car in front of Home Minister Amit Shah’s convoy in Hyderabad. Following this, the home minister’s security guard immediately asked him to remove the car.

Meanwhile, Srinivas alleged that his car was vandalized and he was forced to take the car away. Srinivas said, ‘The car suddenly stopped just like this. I was under stress. I will talk to them (police officers). They ransacked the car.”

In pictures of the car shared from the sport, it can be seen that the rear glass of the TRS leader’s car is broken.

Amit Shah is in Hyderabad to kick off the celebrations of Hyderabad Liberation Day and participate in a ‘Sewa Karyakram’ organised to celebrate the Prime Minister Narendra Modi’s birthday.

The Home Minister, during his long-day visit, will distribute the toilet cleaning machines in government schools and community hostels during the celebrations.