Seaports of Maharashtra, Gujarat emerge as new hotspot to smuggle drugs into India 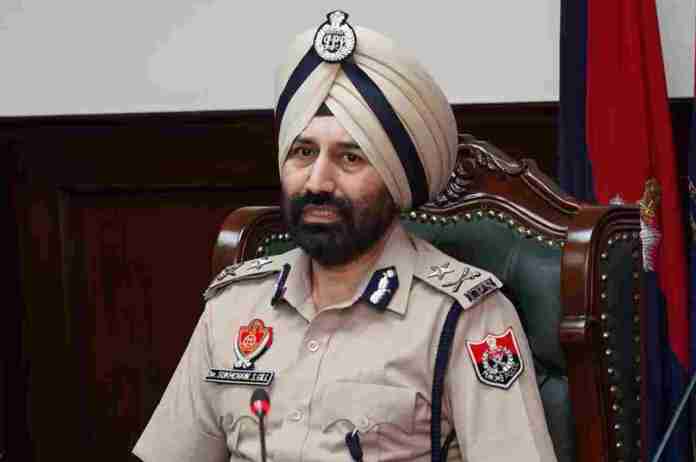 Chandigarh: As Punjab Police on the directions of state Chief Minister Bhagwant Mann intensified its crackdown on drug smugglers in the state it has emerged that seaports of Gujarat and Maharashtra are the new route to smuggle drugs into India.

In the last two months, Punjab Police has recovered 185.5Kg heroin smuggled via seaports of Gujarat and Maharashtra. The consignments were supposed to be delivered in Punjab, said Inspector General of Police (IGP) Headquarters Sukhchain Singh Gill here on Monday.

In the latest haul, the SBS Nagar Police on Sunday recovered 38Kg heroin— that had apparently entered India’s borders via the sea route of Gujarat, from a truck coming from Bhuj in Gujarat.

Two persons were arrested. This recovery is in addition to the 13.51Kg heroin recovered in the state last week, taking the weekly cumulative quantity of heroin to 51.51Kg, the IGP added.

Addressing his weekly Press Conference on Drug Recovery, the IGP said that Punjab Police have arrested 370 drug smugglers/suppliers after registering 283 first information reports (FIRs), including 33 commercial, under the Narcotic Drugs and Psychotropic Substances (NDPS) act across the state in the last one week.

He said that with Chief Minister Punjab Bhagwant Mann having given the Punjab Police a free hand and full liberty to wage war against drugs, extensive anti-drug drives have been launched to combat the menace of drugs from the border State of Punjab.

Apart from recovering a big-haul of heroin, the Police have also recovered Rs 1.09 crores of drug money, 13Kg opium, 12Kg ganja, seven quintals of poppy husk, and 1.36 lakh intoxicant pills/capsules/injections/vials among other drugs after carrying out cordon and search operations in drug-affected areas beside laying nakas at vulnerable routes across the state.

IGP Sukhchain Singh Gill said that with 17 more Proclaimed Offenders (POs)/Absconders in NDPS cases arrested this week, the total number of arrests reached to 247 since the special drive to arrest POs/absconders was started on July 5, 2022.

Meanwhile, the Director General of Police (DGP) Punjab Gaurav Yadav has strictly ordered all the CPs/SSPs to further tighten the noose around the drug smugglers by identifying all top drug smugglers and the hotspots infamous for drug smuggling in their jurisdictions and launching a combing operation to nab all those selling/smuggling drugs. He also directed the Police chiefs to effectively forfeit the property of all the arrested drug smugglers so that their ill-gotten money could be recovered.