Punjab government coming up with a comprehensive mechanism to ensure planned development in urban areas and make property buying transparent and hassle-free. 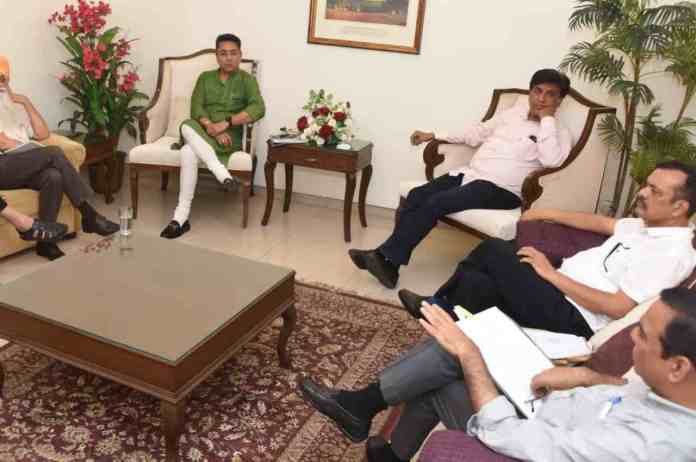 New Delhi: Punjab government coming up with a comprehensive mechanism to ensure planned development in urban areas and make property buying transparent and hassle-free. This was stated by Aman Arora, Punjab Housing and Urban Development Minister after a brainstorming meeting with other ministers.

During the meeting, the cabinet ministers meticulously discussed the issues and problems being faced by legitimate/genuine urban property buyers and to sort out property registration related issues so that the people will get property related services in a seamless and transparent manner.

The Ministers said that all the issues regarding NOC for registration of property will be resolved soon as the Mann Government is not leaving any stone unturned to provide hassle-free services without any bias. The Chief Minister is personally monitoring the issue.

“Today, I along with my cabinet colleagues brainstormed to resolve the issues pertaining to registration of property and planned development in urban areas. A comprehensive mechanism will be put into place to resolve all the urban property related issues,” said Housing and Urban Development Minister.

Reiterating Punjab government’s firm commitment for welfare of Punjab and its people, the cabinet ministers urged the Punjabis to have a little more patience as Mann government is working painstakingly to bring reforms and streamline the system, which was messed up by nefarious policies of the successive governments resulting in undue hassle to the common people. Now, Aam Aadmi Party has come to power to clean and streamline the system for the betterment of state and its people, they added.