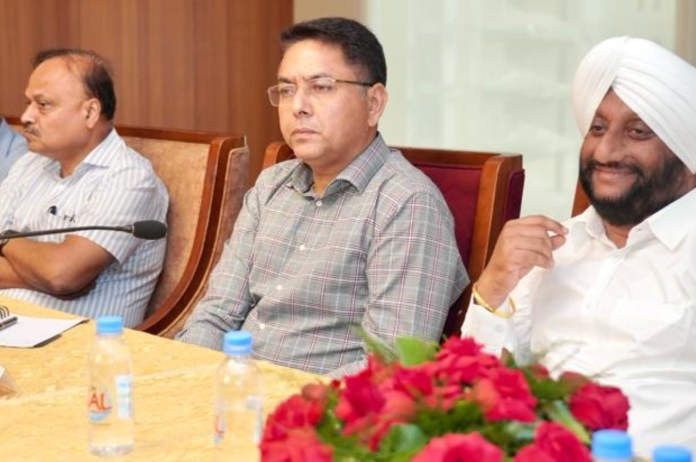 New Delhi: To save people from hardships and avoid unnecessary litigation, Punjab Housing and Urban Development Minister Aman Arora asked the Real Estate Developers to ensure the delivery of property possession timely as committed at the time of sale. He said that around 3600 complaints have been filed to RERA in the last five years and most of them were related with delayed possession.

The Cabinet Minister, while presiding over an interaction meet with members of the Confederation of Real Estate Developers’ Associations of India from Punjab, reiterated that Punjab Chief Minister S. Bhagwant Mann led state government is fully committed to ensure planned residential and commercial development equipped with state-of-the-art facilities in the urban areas of the state.

He categorically said that illegal colonies will not be allowed at any cost and it will be a thing of the past very soon, while urging the developers to join hands with the government to put the state in the orbit of high growth trajectory.

Aman Arora asked them to clear their pending External Development Charges (EDC) and other dues at the earliest as the EDC collected shall be spent on providing facilities in authorized colonies to ensure the basic civic amenities.

Lending sympathetic ears to the problems being faced by the developers, the Cabinet Minister assured them all the possible support from the government side and their all legitimate and genuine demands will be resolved soon.

He told the developers to ensure basic civic amenities to the people residing in their respective properties. At the same time, he assured them that the government would provide maximum permissions at their doorsteps under its agenda of ease of doing business
“The goal of holistic development cannot be accomplished without the support of all of you so we should all work in tandem to ensure planned development in urban areas. I am always here to facilitate you in case anyone faces any kind of problem”,  Aman Arora added.

The developers shared issues pertaining to permissions they require from different departments to obtain license. The minister said he will take up the problems of the developers with concerned departments so that they won’t face any harassment and could develop their projects without any hindrance.