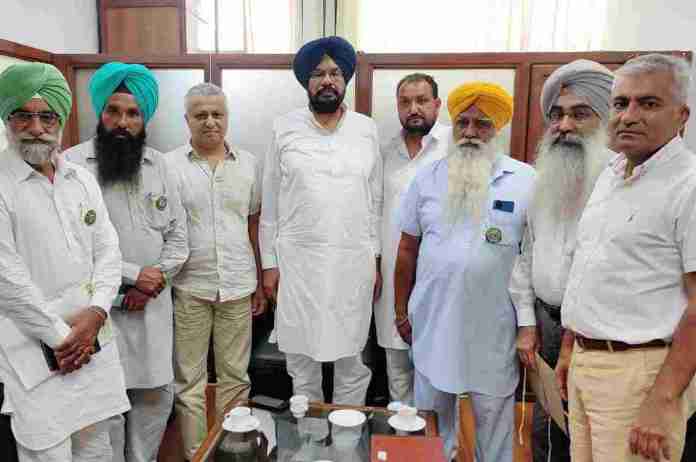 Chandigarh: Punjab Agriculture Minister Kuldeep Singh Dhaliwal assured a delegation of farmers that negotiations are being held at various levels to ensure that the Phagwara sugar mill is operationalised during this season and their pending dues are paid soon.

He was holding a meeting with a delegation of farmers to find a solution to the issue of Phagwara Sugar Mill.

While sharing information about running the Mill, the Agriculture Minister said that the state government will not let Phagwara Sugar Mill close; talks are being held with many private players to run it. He also said that if the need arises, the government will run this mill, but the farmers will not have to face any loss.

Kuldeep Singh Dhaliwal told the farmers that the Bhagwant Maan government is very sincere towards solving the problems of the farmers and new policies are being introduced to make agriculture beneficial.

He also assured that arrangements are being made to pay the pendencies of the farmers which are liable towards Phagwara Sugar Mill. He also said that negotiations are going on with the Phagwara sugar mill owners, banks and other legal aspects being discussed to pay the pending dues of the sugarcane farmers and he hoped that the farmers will soon get good news in this regard.

Kuldeep Singh Dhaliwal also appealed to the farmers who are staging a dharna at Phagwara to end the protest as the government is sincerely working to solve the issue of Phagwara Sugar mill.