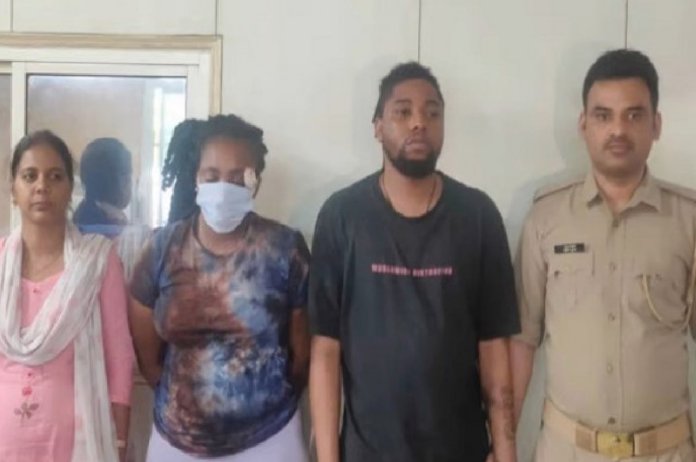 New Delhi: Nigerian man and woman has been arrested by Gautam Budh Nagar Police for committing a fraud. They have cheated crore of rupees from more than 150 women. All the victims are residents of Gautam Budh Nagar.

The Nigerian guy used to trap these women in love. He then used to extort money from them on the pretext of marriage. Using this playbook he cheated over 150 women.

Later on when the women who were cheated became aware of the fact of being duped, they filed police complaints.

In the investigation of Noida Cyber ​​Cell Police, it has been found that both these accused had come to India on business visa in 2019. Both the Nigerian citizens had come to do hair-related business. Instead, they carved crores of rupees by pretending to marry women using social media.

Noida Cyber ​​Crime Police in-charge Rita Yadav said that a Noida resident, Shreya Sharma had registered a formal complain. She told the police that a man posing as the head of an IT company in Belgium, has extorted Rs 8.40 lakh from her. The complain was registered and a formal investigation was launched into the matter. A team was set up to investigate the entire case.

Sagar Crime Police unveiled during the investigation that both the accused create fake profiles on the matrimonial site posing as Custom Officer, Legal Manager and Head Manager.

The guy then used to assert friendship with older women through social media. They then used to lure them to send expensive gifts on the pretext of marriage. The woman accomplice then used to call the victim and ask for custom duty and exchange duty for the gift.

They used to threaten them with strict action if the amount is not paid. The victims used to comply in fear and used to pay the amount demanded. Police has arrested both the accused.