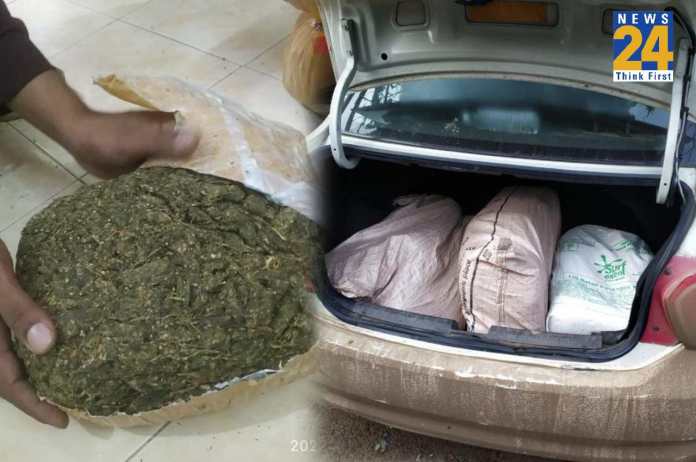 New Delhi: Mumbai’s NCB (Narcotic Control Bureau) has made a major breakthrough against drug trafficking. Working on information received through sources they have seized around 190 kg of ‘high-quality Ganja‘. NCB’s Zonal Director of Mumbai, IRS Amit Ghawate rolled out the following information about the entire scenario.

The NCB-Mumbai’s action against drug trafficking wherein a huge consignment of high quality Ganja was seized on 26 & 27/7/2022. The consignment was being transported into Mumbai and adjoining areas.

In this matter, 190 kgs high quality Ganja along with 4 traffickers and 2 vehicles being used for the transportation has been seized. All 4 are residents of Mumbai and supply Ganja and other drugs in various parts of Mumbai especially Mulund and Bhandup for last 05 years. 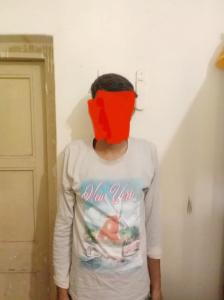 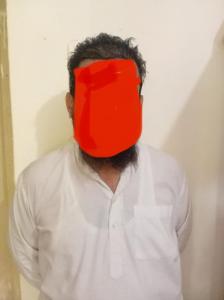 Recently, input was received through credible source that a Ganja based syndicate was sketching an arrangement to pull off a delivery of huge consignment sourced from AP-Odisha area. The intelligence network was accordingly contacted for gathering assertive data on the said input.

After, diligent effort by the officers and informers, certain data was analysed which were further processed to obtain the specific details about the persons tasked to deliver the consignment, the vehicular detail and possible routes to be taken. Thereafter, due to certain weather and premeditated conditions, the said transportation was scheduled to be carried out within a short notice.

Accordingly, the field operational team of NCB-Mumbai set out towards the routes thus analysed and maintained discreet cordon and waited for further instruction about movement of the traffickers. In due time, the traffickers were physically tracked and identified to be moving towards at Arjunali toll plaza, Padgha, Bhiwandi, Thane. 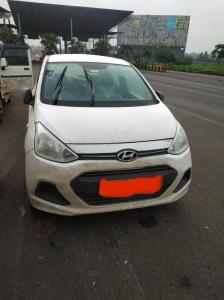 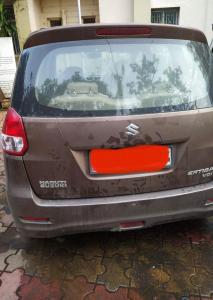 Thereafter, the team setup immediately setup a tactful barrier with a secured perimeter around the toll plaza. A short while after, the traffickers arrived in a convoy line up and got entrapped into the cordon. The identities were confirmed first. Preliminary questioning was done about the goods in the vehicles. The people could not give satisfactory answers.

A thorough search of the vehicles was conducted which resulted in recovery of 190 kgs of Ganja which were guilefully concealed among other non-suspecting goods along with cavity. The people were apprehended and the contraband along with vehicles was seized in accordance to the legal procedures. 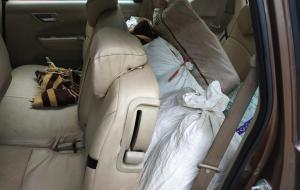 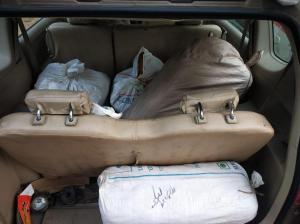 Confession of the peddlers

During interrogation of the persons, they confessed about their involvement in the drug trafficking in past also. They are seasoned traffickers and have been in the illicit drug trafficking business for the around last 5 years. 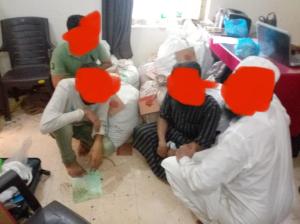 They have been on the radar of the agency. They were eluding due to maneuvers like frequent mobile phone change. Use of vehicle more than once for such consignment delivery was prohibited. The drugs were sourced from Andhra Pradesh-Odisha area which is a hotbed for Ganja cultivation. The said contraband was destined for delivery to the Mumbai and adjoining based multiple local peddlers.

The investigation is being conducted and suspects are being further interrogated about their associates in the syndicate. They are also being interrogated about other contraband storage and supply linkages. Details of local peddlers and other drug nexus linkages spread across various states of India are also impending.