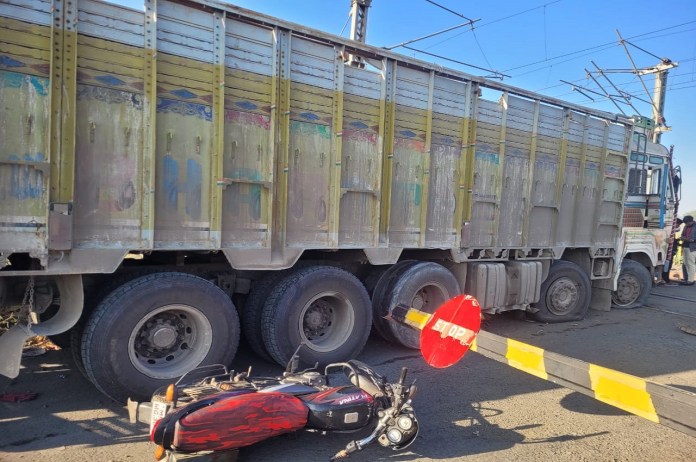 Jhabua: Two people were killed while another injured after a speeding truck rams into a railway crossing in Bamnia in Jhabua district of Madhya Pradesh in the wee hours of Thursday.

In the accident, two people, including a woman, died on spot and another man sustained grave injuries. The injured has been identified as Subhash Bhandari, a local business man from nearby village Karwad.

Among the deceased is Bhandari’s wife and a local from Rampuriya village.

Upon receiving the news, locals and police officials rushed to the spot and started the rescue work.

The driver of the truck is absconding after the accident.

At present, the traffic on both sides of the road is halted and the Delhi-Mumbai railway track is at standstill.