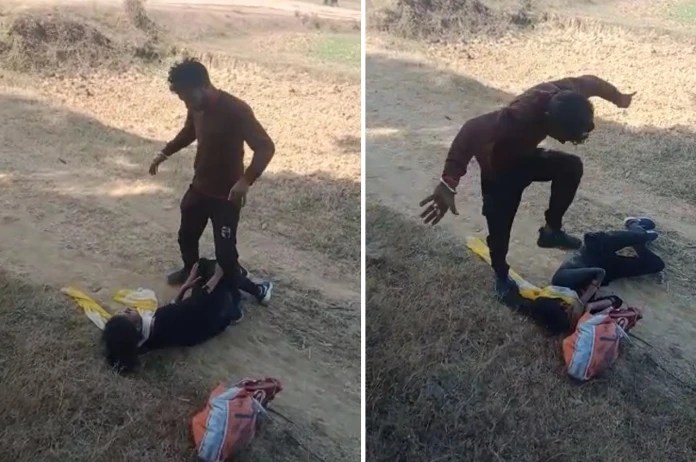 New Delhi: A video has been going viral on the internet attracting severe criticism as a man can be seen kicking his girlfriend on her face and stomach until she fainted. The incident took place in Rewa district of Madhya Pradesh reportedly on December 21.

Seeing the man brutally kicking the girl, the villagers gathered and nabbed the accused Pankaj Tripathi but he escaped. The Police admitted the girl to the hospital.

The girl is 18-years-old who lives in a neigbhouring village who fell in love with the accused.  She wanted to marry the man but she was also afraid that her boyfriend would change his mind in future so she proposed to get married.

The family of the victim did not register complaint against the deceased out of embarassment in the society but the video went viral and grabbed notice of the police which followed the investigation.

The Police has launched a search operation to find the man.