Miracle! Heavy stone floats on surface in UP, shocks people 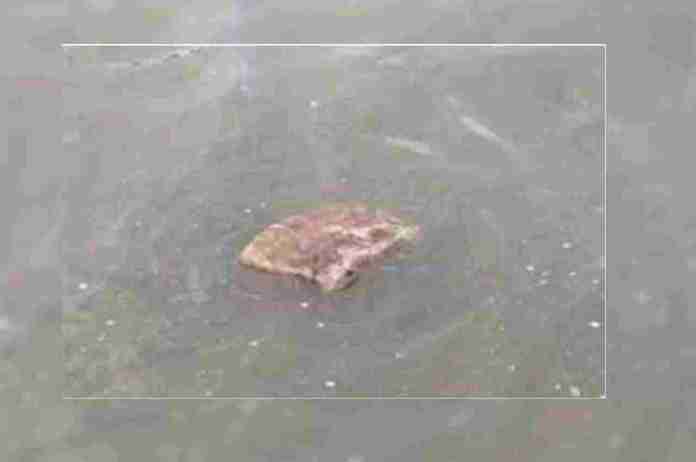 Mainpuri (Uttar Pradesh): A heavy stone was found floating in the Ishan river of Mainpuri district of Uttar Pradesh. This floating stone has become the center of discussion and faith in the entire district.

People are claiming it to be one of the stones of the bridge built over the sea by Lord Rama to go to Lanka. Along with this, the villagers claim that the name of Ram is also written on the stone.

The shepherd was seen swimming in the river

The incident was reported on Sunday (July 31). A man was grazing his goats in the forest in village Ahimalpur of Kusmara area of ​​Mainpuri. The goats reached the banks of the Isan river while grazing.

The shepherd also followed them to the bank of the river. Then his eyes turned towards the river. He was shocked to see the sight. The shepherd claims that a stone was floating in the river. Seeing this, he immediately jumped into the river. Took the stone out.

The news of the floating stone found by the shepherd in the river spread like a fire in the entire area. A large number of villagers started arriving to see the stone. The villagers are telling it the stone of the bridge built by Lord Shri Ram to go to Lanka on the sea. The weight of the stone is said to be more than five kilograms. At the same time, the villagers have also started worshiping this stone. Village head Nitin Pandey also reached the spot after getting information about the matter.