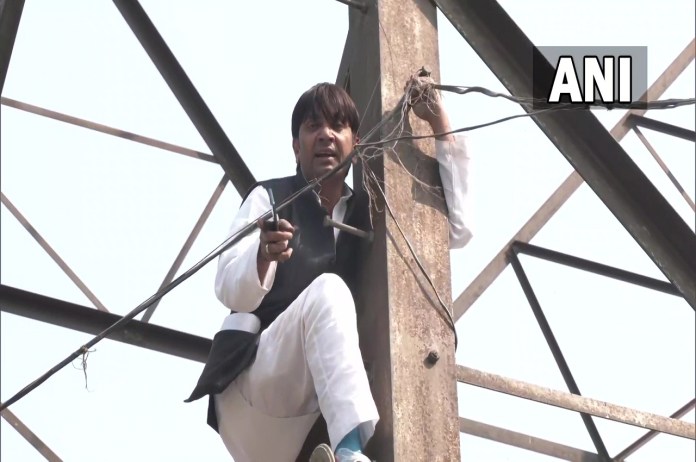 Hasan alleged that he was not given a ticket to contest the upcoming Delhi civic body polls and following this, he threatened to die by suicide and climbed the structure.

Delhi | Former AAP Councillor Haseeb-ul-Hasan climbs a transmission tower near Shastri Park Metro Station allegedly unhappy over not being given ticket for upcoming MCD poll. Locals, Police and fire brigade are at the spot. pic.twitter.com/e5y7ZxRfeI

Upon receiving the information, Police and fire brigade reached the spot.

AAP gave tickets to 70 women in the first list

AAP released its first list of 134 candidates for Delhi MCD elections. In the list of 134, 70 women have been given tickets, while former MLA Vijender Garg has been fielded by AAP from Naraina in the MCD elections.

The Aam Aadmi Party on Saturday announced the second list of 117 candidates for the Municipal Corporation of Delhi (MCD) elections.

The election for the 250 wards across Delhi will be held on December 4 and the counting of votes will take place on December 7.