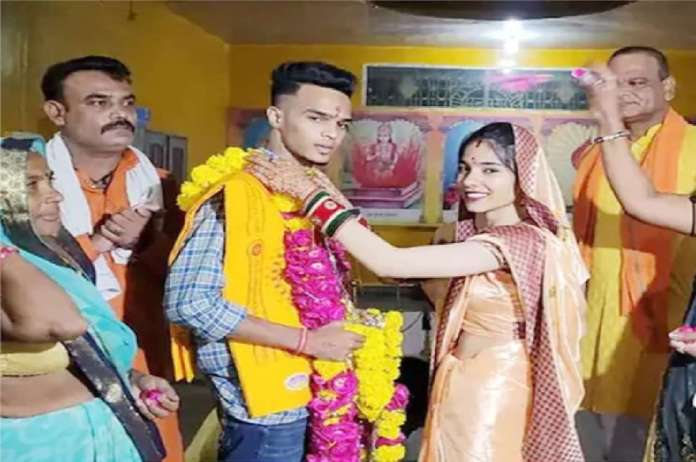 Mandsaur, MP: In an incident from Madhya Pradesh’s Mandsaur, Iqra, a Muslim girl from Rajasthan’s Jodhpur, adopted Sanatan Dharma and married Hindu boy Rahul Verma with Vedic chants. This marriage has gone viral on social media. Iqra converted to Hinduism before marrying. Iqra will now be known as Ishika. The couple married according to Vedic rituals at Mandsaur’s Gayatri Parivar temple.

The love story of Ishika and Rahul Verma is written like a screenplay. Rahul Verma of Mandsaur visited his maternal grandmother’s house in Jodhpur three years ago. Iqra’s house was close by. They had a friendship, and neither of them knew when it turned into love.

Iqra tried to persuade her family members a lot but was unsuccessful, so she fled her home and reached Udaipur, where they prepared marriage papers.

Later, both of them travelled to Mandsaur, where they first filed their marriage papers with the police station and then married according to Hindu religious customs, as is customary in Sanatan Dharma.

Iqra is very pleased with her marriage. ‘I have now become Ishika,’ she explained. I married Rahul of my own volition. My family members are opposed to the marriage, so we should be given security as well.’